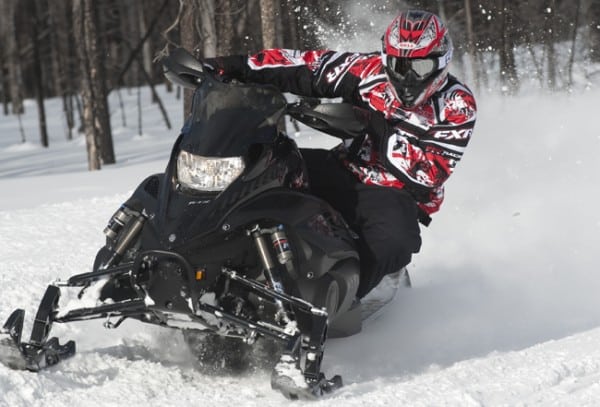 After much hope and hype, the original 2008 FX Nytro with its true “rider-upright” ergonomics for the Hamatsu crowd became the last one picked in gym class in just a few short seasons. Picked on by the jocks and considered a fashion faux pas with the drama queens, the blue tuner continually wrestled with its four-stroke weight penalty. But eating disorders aside, it was the Nytro’s nervous and unpredictable handling quirks that gave the terrain tamer a black eye.

Truth is, the Yamaha Nytro is one of those buggies you simply want to like, and for 2013 you can, thanks to a short list of changes from model year 2012 and now 2013 that has morphed the once awkward Nytro into – dare we say – a predictable snowmobile. Certainly the Nytro is “the” sled in the 2013 Yamaha stable that will massage your tuning fork ego, especially in black on black trim with the new for 2013 all black front suspension and complimenting black-out bumper. With last year’s accessory, dual-runner Tuner ski now standard goods, and mated to the 2012 RipSaw II track with reduced side-bite, the Nytro is dramatically better in twisted terrain. After logging a few hundred clicks, here’s our first burn take on the 2013 Nytro. 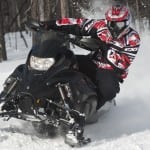 Much improved, the Nytro looks to make amends in 2013 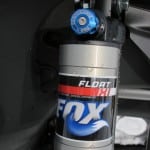 Float X units on the RTX serve up lots of adjustment for tuner heads. 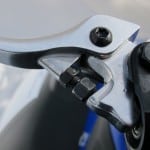 We love the shape and pull of Yamaha binders, and the reach adjustment is a bonus. 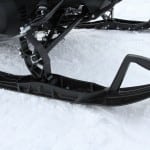