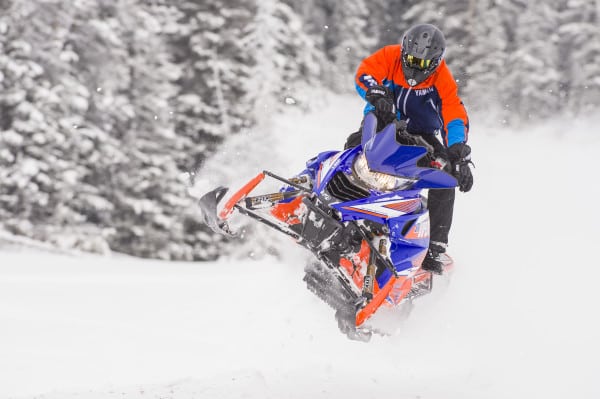 The boys and girls in the Yamaha playhouse just pull the sheets off their 2015 lineup and blasted the press release and images over to our OSM offices. Looks like more Viper models in the mix, especially for the moutain crowd, PLUS four limited edition models specifically for the spring order crowd. These LE sleds are more than kick-ass bold graphics, they also include some high end extras such as FOX EVOL X shocks. Here’s the official word from Yamaha and watch for our personal report to follow: 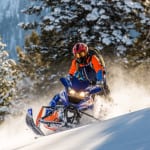 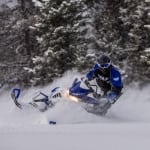 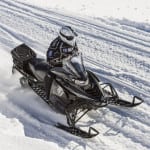 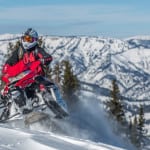 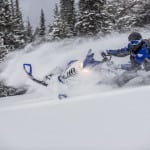 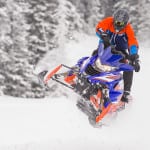 February 11, 2014 (Toronto, ON) — Yamaha announced its largest 4-stroke snowmobile product line today with nine new models in the SR Viper line, including four Limited Edition models only available during the Spring Power Surge program. “We made a commitment to our dealers last year that we would continue to bring new product to their showrooms every year for the next five years,” said the head of Yamaha’s North American Snowmobile team, Peter Smallman-Tew. “This is the second year of that plan, and we are excited to offer new SR Viper models for the deep snow market and some new product for the trail rider as well.”

Crossover – Yamaha adds a new twist to the burgeoning crossover segment. These models are defined by their versatility and capabilities in a wide range of terrain and conditions. This is where the X-TX family has led the market, with its 141 and 144-inch track lengths. The new SRViper S-TX DX is built on the same 141-inch platform as the SRViper X-TX SE, but it takes versatility a step further, with its modular rear bumper system. “The S-TX gives owners even more choice in the kind of sled they want,” explained Smallman-Tew. “The modular rear bumper comes stock with a cargo rack, but the accessories team will offer a host of additional pieces that fit right in. Saddlebags, additional racks and even an accessory passenger seat make the Viper S-TX DX a true crossover sled.”

The S-TX DX is rounded out by the DX, deluxe feature package: tall windshield, comfort-tuned coil spring suspension, heated seat and the large wedge bag behind the seat.

The super-nimble Phazer X-TX marks its sophomore year on the market with a color change to black and Yamaha Blue.

Trail – Yamaha’s 2015 trail sled offering returns to the snow with some key new components. All SRViper trail models ride on a pair of new, Yamaha-exclusive Deep-Keel Tuner skis. The ski is specifically engineered to deliver the same great ride on the Viper series as they do for other models.

Yamaha continues to be the exclusive brand for Electric Power Steering in 2015. The Apex SE and Apex models combine the big power of the 4-cylinder Genesis Top Performance engine with EPS for the ultimate big power cruiser. If ultimate power isn’t your thing, take a long hard look at the RSVector and RSVector LTX. Year in and year out, the Vector models, with their ultra reliable, fuel injected triple, comfort-calibrated suspension package and power steering find themselves on industry top ten lists for best sled on the market.

The Phazer R-TX, with its torquey 500cc twin, returns to the line as well.

Multi Purpose – The touring and work crowd will find top–tier features like electric power steering, ample storage space and comfortable suspension calibrations in the 2015 Yamaha line. The RSVenture GT and TF both return, the latter with a slightly longer track length for greater fresh snow flotation.

The youngest sledders in the group will enjoy the fresh graphics package on the SRX 120, powered by a rugged and reliable 123cc Yamaha engine.

New LE models – Yamaha also announced an expanded Spring Power Surge program that runs through April 15, 2014. “We have built a robust spring deposit business over the years by offering incredibly strong warranty and finance combined with high quality exclusive items like custom jackets and bags for customers who come in and make a commitment to their dealers,” said Smallman-Tew. “But we saw an opportunity to expand our spring business by offering unique, limited edition snowmobiles during the Spring Power Surge. Our new LE line offers snowmobilers an opportunity to order a head-turning sled that also boasts component upgrades.”

There are four LE models available during the Spring Power Surge program. The SRViper M-TX 162 LE carries the same track and chassis package as the in-season SE model, but carries upgraded FOX FLOAT 3 EVOL shocks on the front suspension for added performance in the rough mountain environment.

The final model in the LE offering is the R-TX LE. Unlike the other limited edition models, the R-TX LE will have a pair of color options: LE Yamaha Blue and Orange and a more competition-minded White and Yamaha Blue color scheme. Both models have the new Dual Shock SR 129 Race rear suspension with a pair of clicker-adjustable shocks and beefy torque arms. Up front, both colors will feature FOX FLOAT 3 EVOL RC shocks with both compression and rebound clicker adjustability. There will be two tracks available on the R-TX LE, however. The Yamaha Blue and Orange model spins the 1.25” Rip Saw II track, while the White/Yamaha Blue sled will rock a 1.7” Snocross track for those who crave competition.

All LE models are only available by putting a deposit down at your local Yamaha Snowmobile Dealer before April 15, 2014.