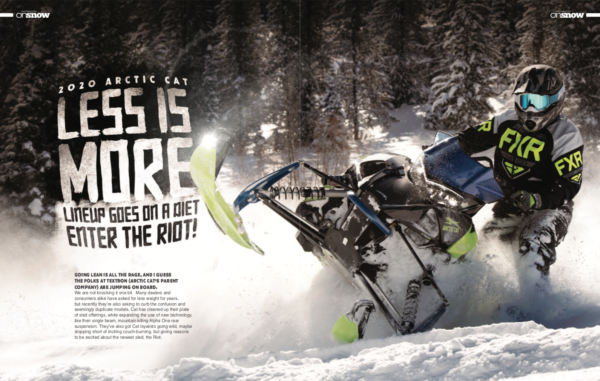 Going lean is all the rage, and I guess the folks at Textron (Arctic Cat’s parent company) are jumping on board. We are not knocking it one bit.  Many dealers and consumers alike have asked for less weight for years, but recently they’re also asking to curb the confusion and seemingly duplicate models. Cat has cleaned up their plate of sled offerings, while expanding the use of new technology, like their single beam, mountain killing Alpha One rear suspension. They’ve also got Cat loyalists going wild, maybe stopping short of inciting couch-burning, but giving reasons to be excited about the newest sled, the Riot.

The Riot is just that, a new crossover sled with lots of attitude, and other than some close contenders, it is the most fun, new sled in the Arctic Cat lineup. Available in both 600cc and 800cc options, (6000 and 8000 CTEC 2 motors, and standard charcoal or upgraded chartreuse colors) the Riot replaces quite a few sleds in the Cat lineup. Gone are the High-country and Cross-country machines of the last few years in Cat’s crossovers. This is really where the Riot fits, in the 40-60 to 60-40 on/off-trail segment of the market. The optional 15x146x1.35 Cobra track on the standard Riot keeps this sled more trail centered, but the 15x146x1.6 gives it a little more off-trail capability. 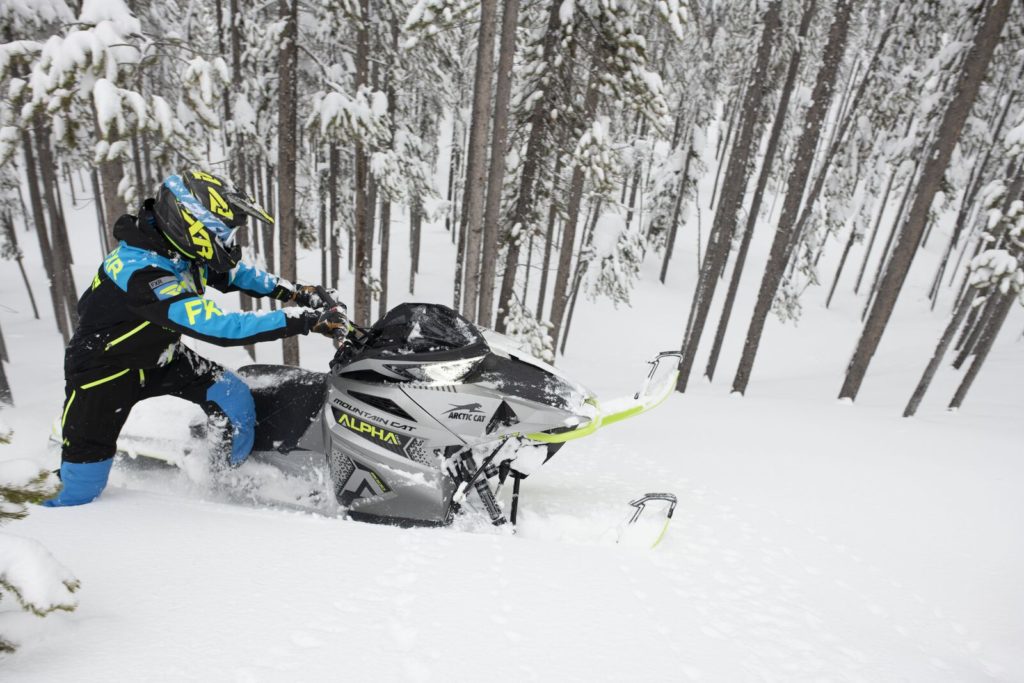 The standard Riot 6000 and 8000 slice out a segment of the market that ride mostly trail, but aspire to be off-trail riders. It’s got oodles of stellar standard positives, like the new 146-inch Cross-Action rear suspension (on all Riot models). This uncoupled suspension works like you would think, with more transfer on acceleration, and there’s a Fox 2.0 ZERO QS3 shock in the rear on the more wild hi-vis colorway, which makes it even better.

The ARS II front suspension has brand new forged aluminum spindles for 2020 on the Riot, and there is an added 1.5 inches of clearance, new upper arms, new feel, and a standard sway bar which means flat cornering in the trails. The standard Riot has the trail-oriented, adjustable ski stance from 42-43 inches, and there’s reinforced running boards for taking this thing off big jumps and handling hard moguls. There’s also a rear rack standard.

Replacing more of the High-Country market segment from years past in the Cat lineup is the Riot X 8000. A notable difference right away is the lack of a windshield. This makes is easier to roll-over when stuck on a big side-hill, but also decreases protection from the elements. New A-arms made out of super fancy ‘dual-phase-alloy-steel’ don the front end. Most mountain guys will just care that these parts are lighter than previous ones. The X model has the Arctic Mountain Suspension (AMS) with a 27-degree spindle caster angle for better predictability in side-hilling scenarios.  There’s also the G2 ProClimb 7 mountain ski that was developed along with the Alpha One mountain sled for off-trail performance.  The Riot gets a Challenger track with a 2.0-inch lug on it as well for deeper snow capability. 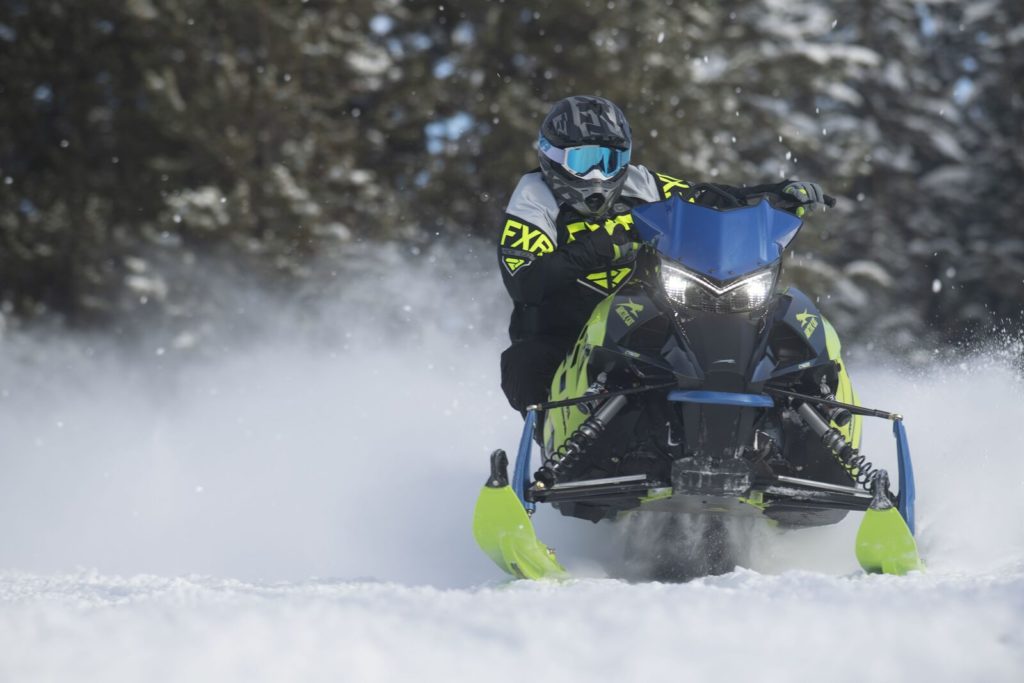 No, there is not a previously unreleased Alpha 3 model… sorry for the buzzkill, but there are 3 models of mountain machines from Cat for 2020, all with the Alpha One single beam rear suspension. Like other areas of Cat’s lineup, there are changes and slimming in the mountain segment.  Again, this is a good thing here. You get the 8000 Ctec2 powered Alpha One, the Mountain Cat Alpha One, and the standard Alpha One this year.

What sets the Hardcore apart from the others as the top mountain sled from Cat is the cost… kidding, kind of. Actually, this was a sled that many seasoned mountain riders asked for last year. In the Ascender platform, (Cat’s newest mountain chassis) this sled has the upgraded Fox 1.5 Zero QS3 coil-over shocks, except for the rear shock, which is the QSL lock-out shock.  Easily adjustable, and a wide range of capability, these shocks are the main reason the Hardcore is the top sled in the lineup. Plus, it has the reinforced running boards and plenty other options. There’s a narrower 42.5-44.5-inch adjust stance up front as well. The Mountain Cat does not get the extra reinforcements, but comes with very capable Fox Float QS3 shocks. While the standard Alpha-One comes with the Cat IFP gas shocks. 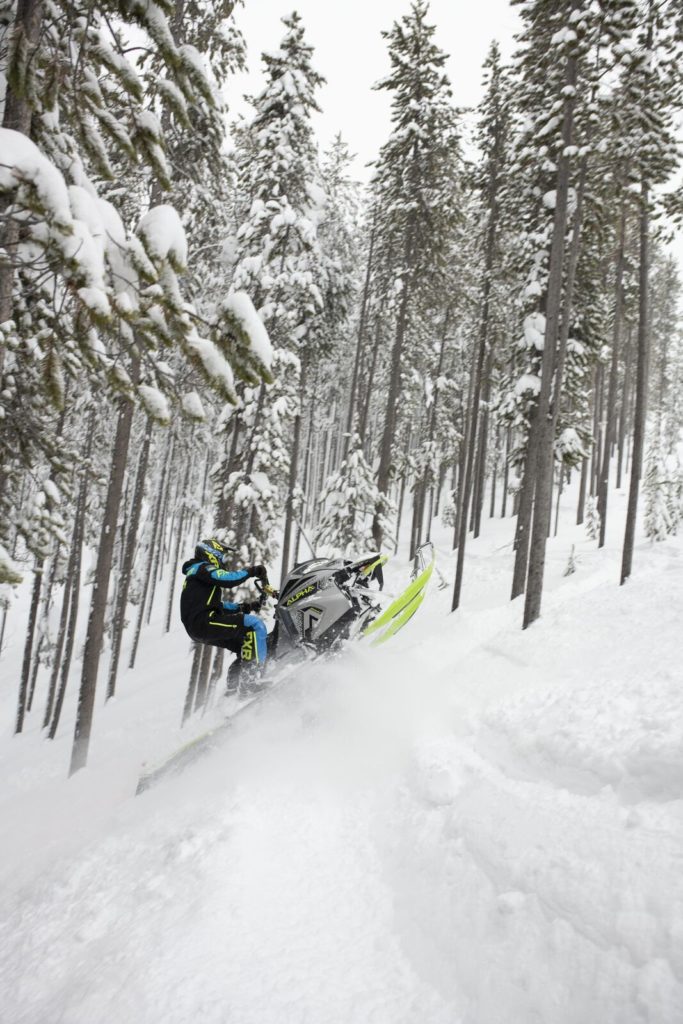 There was a lot of attrition across the line at Cat this year, and the mountain segment was not spared. There is no more King Cat, no more 4-strokes in the mountain. Plus, there is not a Mountain Cat Sno Pro, or any 600cc option for the mountains.

ZR still the bread and butter

Even with all the changes to the line for 2020, the ZR trail sleds are still the bread and butter of the Arctic Cat offerings for 2020. With five models to choose from, there is something like 75% fewer sled options in this segment when comparing to last year.  All are in the 137-inch length, which is probably the best all around length for most riders.  We debate the 129-inch length versus the 137-inch length all the time, but since my personal sleds are 137-inchers, I am slightly partial. The 5 sleds left in the lineup are the Thundercat, newly available ZR R XC, ZR RR, ZR Limited, and ZR Sno Pro.

There are few differences between these sleds, other than shock packages and the use of the new-last-year iAct suspension system. That system received an upgrade this year, as you can now go in through the gauge and save different rider profiles that you can pre-set the shock settings for.  If for instance, you wanted the front ski shocks on medium, but the rear shock on hard, you could set that and save it as a profile. You cannot change the shocks separately on the fly yet, (we are guessing that might be a legal hurdle) and there is no center shock adjustment yet. 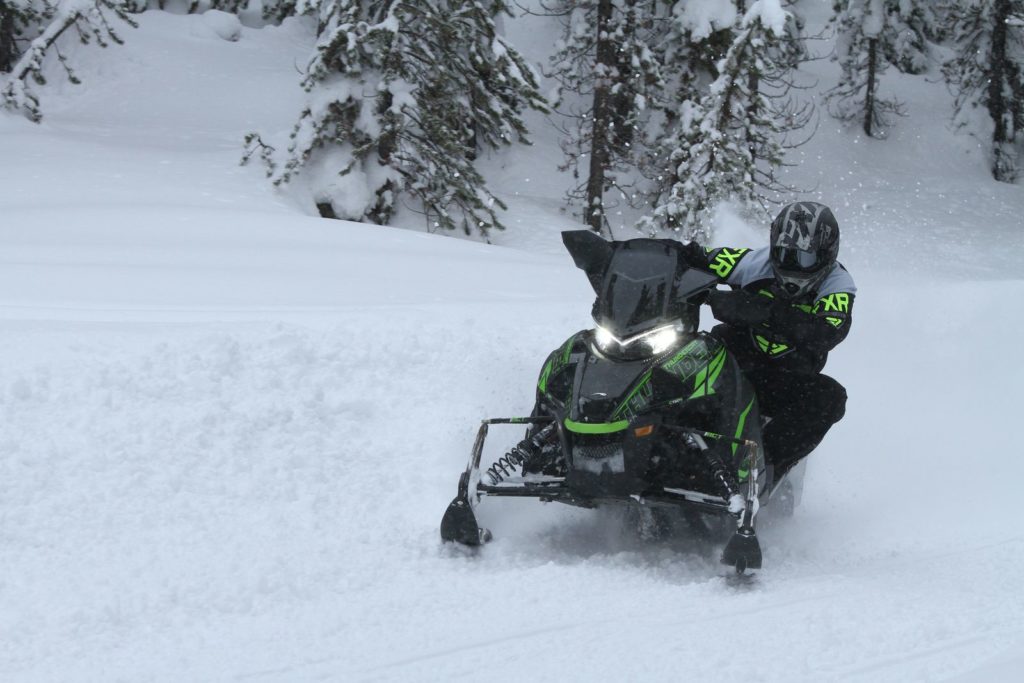 The Thundercat is for the most part unchanged from last year, other than the Iast updates. The ZR R XC with the 6000 Ctec2 motor is an interesting cross-country racer option this year as a spring buy model. It comes with top of the line Fox Zero Kashima coated, front ski-shock, and a shock with a 2.0 diameter shock body diameter in the rear. Plus, there is a race-developed seat for ease of movement and cornering maneuverability, and race options like reinforced running boards.

The ZR RR 8000 is my personal favorite trail sled from Cat this year. With Kashima coated Fox Zero shocks over the skis and in the rear of the skid, this 137-inch sled is really working well for Cat in 2020. The ZR Limited has the Fox Zero QS3 shocks and the Sno Pro has Cat IFP gas shocks. One thing to note, you can get the Sno Pro with the 6000 motor for under $10,000 US, which we think is a great option for all kinds of riders. The Lynx entry level trail sled is also still available with the 565cc 2-stroke fan motor.

Thankfully, the youth market is alive and well at Arctic Cat, and we applaud them (and Yamaha) for having the sleds they do for the next generation. The ZR 120 and 200 are available for 2020. The Utility market has been paired down to the Bearcat and Lynx LT.  The Bearcat 2000 XT with the 565cc fan and the Lynx 2000 LT are the only sleds now available in the utility and touring markets respectively.

How to order your Cat

Arctic is doing something different this year with their ordering.  If you want a new 2020 Cat you must order it by April 15th,through their ‘Snowmageddon’ program.  There will supposedly be no in-season floor models.  However, we all know that dealers will most likely ‘order 5 or so for their cousins’.  Plus, the prices on new Cat sleds during Snowmageddon are pretty darn attractive.  A new Thundercat for under $13,995 versus almost $17,000 US? That sounds almost affordable! 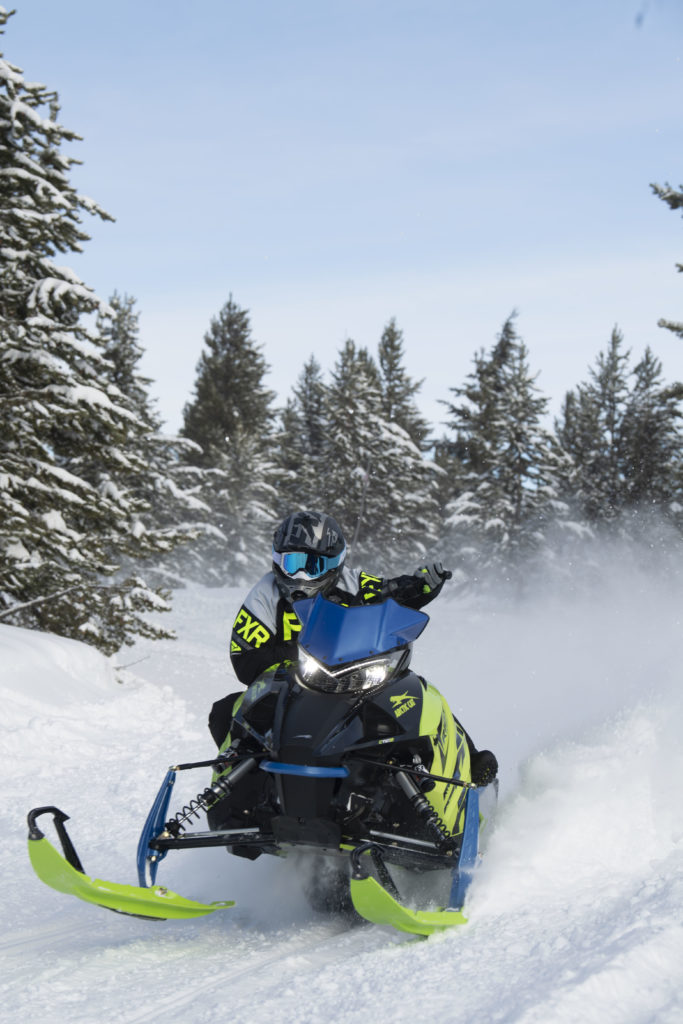 That being said, this is a bold tactic by Cat, and a pointed attempt to clean out the inventory pipeline.  They may have had a crystal ball because this winter, that is just now ending, saw record snows across pretty much the entire Snowbelt, from Denver to Detroit, and BC to QC. That means a lot of people had good snow to ride a lot on their sleds, break their sleds, and see other people on newer sleds.  All of this is great if you are a manufacturer.  Especially if you are a manufacturer that’s cleaning out a pipeline of last year’s models that are still unsold.  Positives for the OEMs trickle down to the used market too.

At the end of the day, we think Cat (and Yamaha) might have the Nostradamus of weather on staff somewhere, or their marketing/sales persons should probably go out and buy a lottery ticket… like yesterday.  Time will tell how the public and dealers react, and whether this helps or hurts Cat. Either way, we are still loving lots of new ideas from AC.