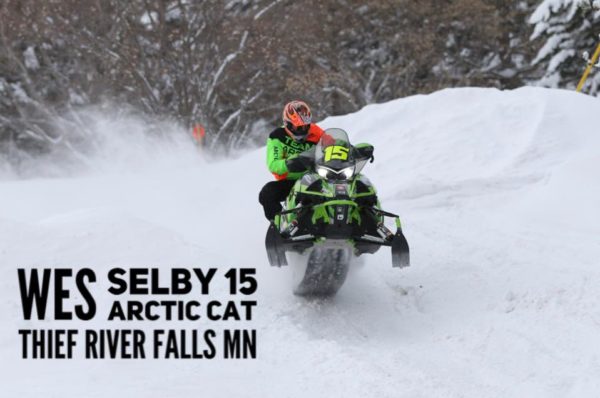 Team Arctic Cross-Country racers took to the ditches and heavy woods outlining Park Rapids, Minnesota, for the first terrain race of the season. They walked away at the top of the points battle and able to share some fun race stories.

If Team Arctic had a TV racing show called Story Tellers, No. 15 Pro, Wes Selby, would probably be the main character. Leading with the fastest course time on Saturday, Selby had started the morning near the back of the pack.

“I’ve been in Colorado since Pine Lake, and haven’t ridden my cross-country race sled since,” laughed Selby. “Due to the snowy weather, my flights were delayed and I didn’t get into Park Rapids until 5 a.m. on Saturday. About the time I got through the first mile, I was thinking, ‘What did I sign up for?’ but I kept pushing on. The course was rough and Ifelt I wasn’t doing well, even though I was passing people. When I pulled into the first fuel stop, they told me I was doing awesome, but it didn’t feel that way. When I finished for the day, they said I was in first place. I said, ‘Are you kidding me?’” 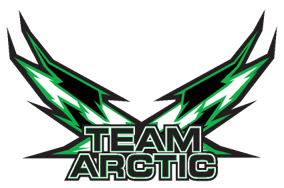 On Sunday, it was Team Arctic’s No. 312 Zach Herfindahl setting the fastest course time after a frustrating day on Saturday dealing with drive belt issues. The overall second place went to Selby.

“Sunday was a totally different racecourse running up front, said Selby. “The trail was groomed and rock hard. When getting into the tight twisty woods, I knew immediately I needed a different set-up from the loose snow conditions I had raced the day before. I kept losing speed in the corners which allowed Aaron Christianson and Zach to pass me.”

Race Manager Mike Kloety added, “Our ZRs worked well and were strong throughout the race, but the terrain was very challenging and unforgiving and bit most racers at one time or another. I have not heard of so many racers getting stuck in a XC race ever. We had 16 podiums on the weekend and Selby is leading the Pro Open class in points. Selby and Herfindahl are currently second and third in Factory 600. We’re looking pretty good going into the Seven Clans TRF 250 this weekend.”

Next up for Team Arctic Cross-Country Racers is the Seven Clans TRF 250 on January 25 and 26 while the Snocross teams race in Deadwood, South Dakota, January 24 and 25.