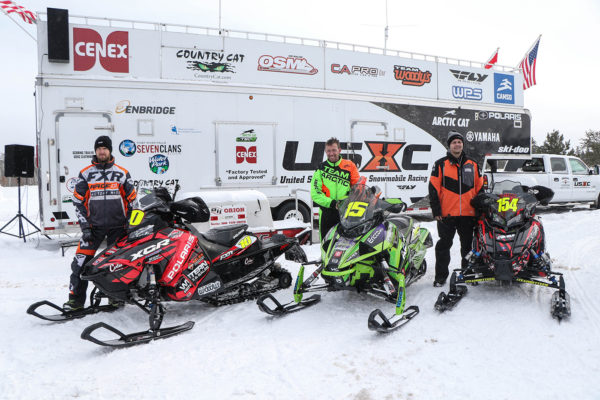 The second stop of the 2019-2020 season was in Park Rapids Minnesota for the Heartland 200. Park Rapids is a favorite for those racers that like wooded trail riding and fast ditches. The winner of the Pro Stock class also gets to take home the coveted Heartland 200 neon sign. On Friday blizzard conditions hit Minnesota which made for deep snow and a technical course. Crews were prepared to push back the start time on Saturday, but mother nature was on our side Saturday morning with the snow stopping around 5 A.M. Racing started at 10 A.M for day 1 with 98 sleds starting 1 at a time 30 seconds apart rather than 2 at a time. The overall winners for the weekend were determined by the two day total times not the first to cross the finish line.

Alex Hetteen was the first sled off the starting line for the weekend and had to blaze a trail for those behind him. Sleds headed North towards Emmaville and took a west loop on a groomed trail before headed back North. After the West loop Junior riders made a turn to the South and headed back toward the finish line. Their course was approximately 60 miles while the other classes kept running their 120 mile loop. Riders made their way in and out of the fuel stop and headed South towards Akeley. Hetteen on his Polaris was still the lead sled coming into town with Ryan Springer (Polaris) coming through 2nd and Christensen (Polaris) making it up to 3rd. Hetteen held on until the end crossing the finish line first with Christensen coming from 8th to 2nd and Justin Tate (Polaris) from 11th to 3rd in the running order. By time Wes Selby was the fastest of the day on his Arctic Cat with a time of 2 hours 10 minutes and 8 seconds. Christensen came in 2nd quick at 2 hours 11 minutes and 11 seconds and Tate in 3rd at 2 hours 11 minutes and 26 seconds. Marshall Busse was the fast time in the Semi Pro class for day 1 with a time of 2 hours 14 minutes and 53 seconds on his Polaris. Paul Brown timed in 2nd and Dustin Dohrn in 3rd. 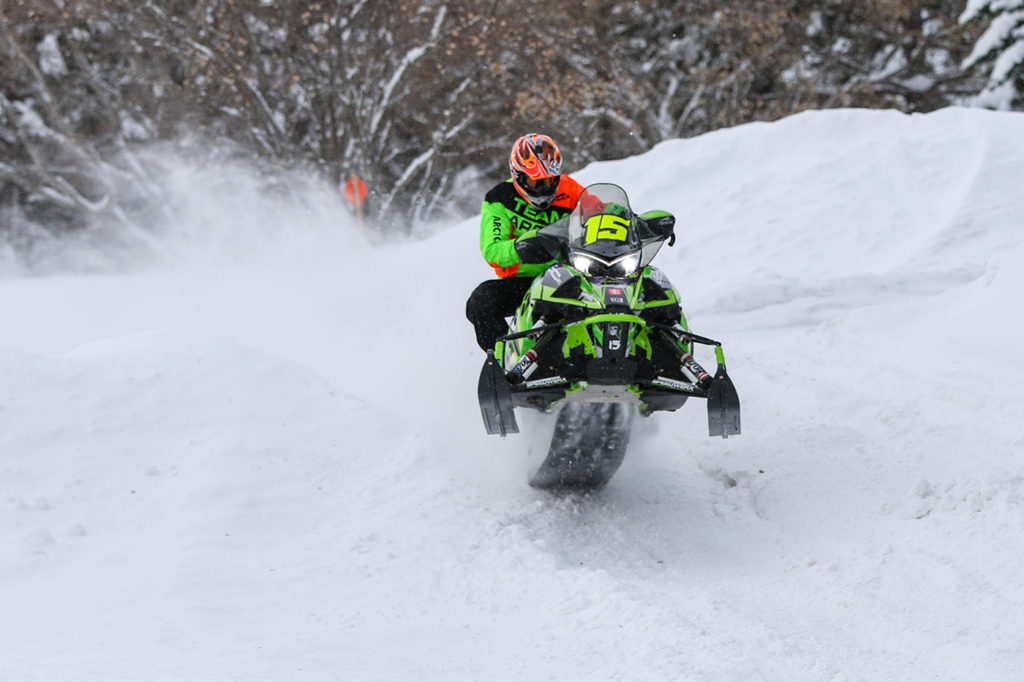 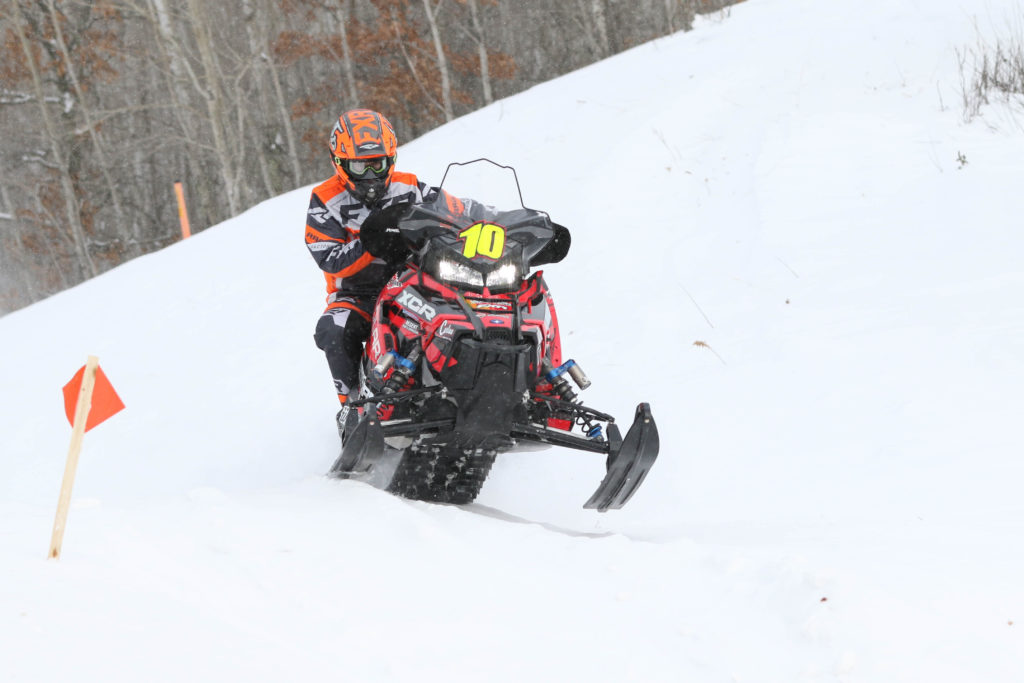 Saturday evening brought in more snow to the area which continued on through Sunday morning. This made the ditches fresh and the lead sled once again would blaze the trail. On day 2, riders we sent off on an inverted start from where they started on day 1.Wes Selby was the first sled off the line on Sunday with Dan Revering (Polaris) and Matt Feil (Arctic Cat) behind. When sleds made their way out of the west loop, Selby was still out front with D. Revering in 2ndand Christensen finding his way into 3rd from 8th. Sleds made their way into the fuel stop in that order and started to head south. By the time sleds made their way into Akeley, defending Heartland 200 champ Zach Herfindahl (Arctic Cat), made his way into 4th. Polaris rider Aaron Christensen took the lead and the advantage of clean air to cross the line first. Herfindahl was clicking off time but came across the line in 2nd and didn’t make up enough time for what he lost on day 1. 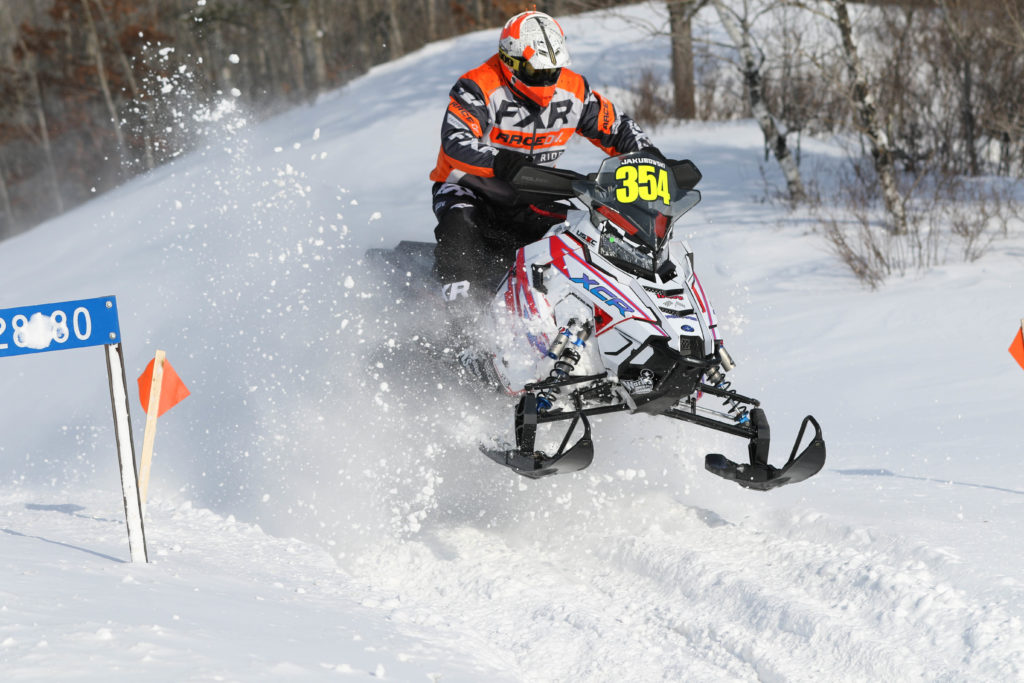 After times were merged together, Aaron Christensen (Polaris) came out on top and was named the winner of the Heartland 200 for the first time since 2014. Wes Selby (Arctic Cat) came in 2nd which is his 6th podium at Park Rapids in the past 7 years (2017 he did not race it). Alex Hetteen clinched the 3rd place spot on his Polaris. Marshall Busse (Polaris) was the overall winner in the Semi Pro and Semi Pro Improved classes for round 2. Local boy, Cody Wolter (Polaris) claimed 2nd in Semi Pro with Dustin Dohrn (Skidoo) in 3rd. Neil Jakubowski took the win in the Sport 600 class on his Polaris. Nick Roehl (Skidoo) claimed the Master 40 class. Cole Boyd was the winner in the Sport 600 Improved class on his Arctic Cat. In the Womens division there were some close battles but Savannah Landrus claimed the win with Alicia Martin a few minutes back. In the Junior 14-17 class, 12-year-old  Cooper Kangas (Kangas) came out on top of the field with an impressive 20 minute lead of 2nd place Oliver Olson (Polaris). In the Expert 600 Limited class, Braden Sillerud edged out Kangas with the overall win in that class. 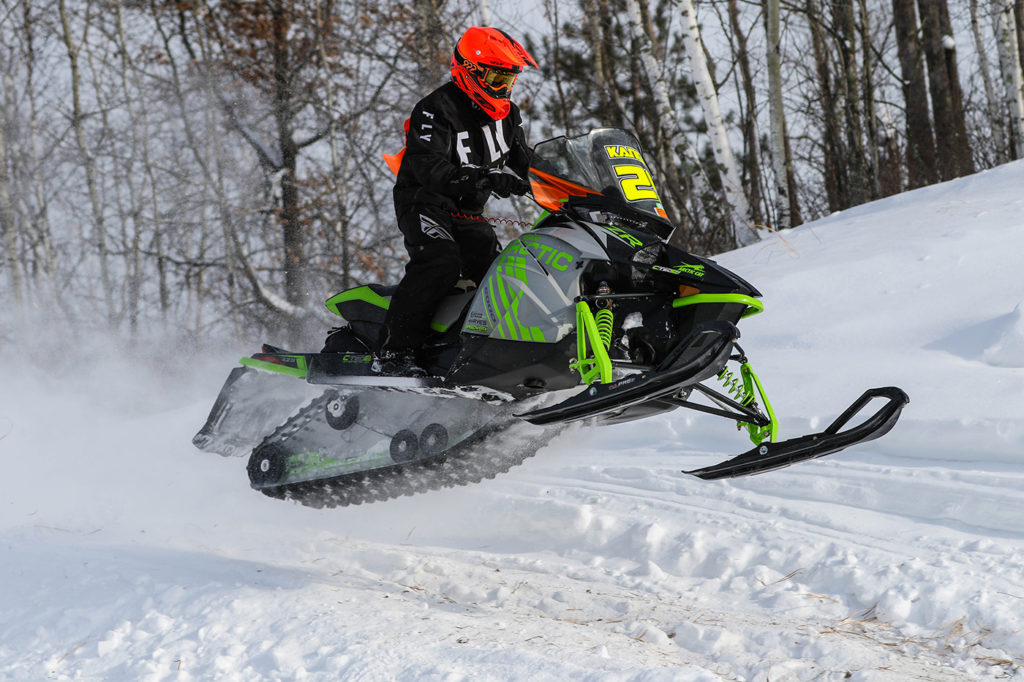 After 2 round of USXC racing action, Christensen and Selby are tied for the Pro Stock points with Herfindahl close behind in 3rd. In Pro Open, Selby is out front in points over Hetteen and Tate. In Semi Pro, Marshall Busse has a 1 point advantage over Dustin Dohrn with Andy Junglen in 3rd.