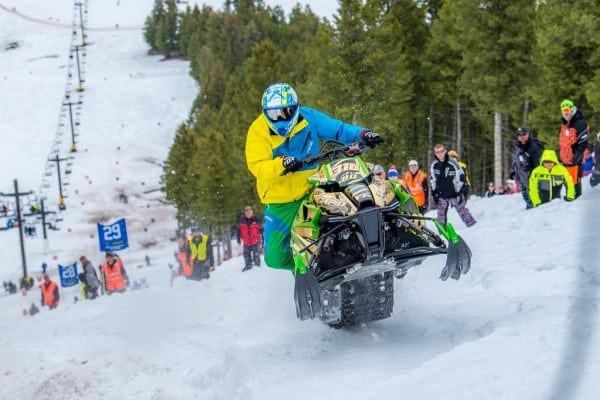 With the big hillclimb at Jackson Hole in the books, it would appear parody is the name of the game for the big three manufacturers who primarily participate in racing on the near vertical slope. Arctic Cat deemed the weekend a success with 16 podiums, 6 class wins and one King of the Hill title courtesy of Kyle Tapio who won the 1000 Improved Stock win and in the process the Improved King of the Hill title. Other winners for Cat included Russ Tapio winning 600 and 700 Mod; David McClure winning 600 and 700 Improved classes; and Tony Ottobre winning the Senior Mod class. This year’s Jackson event was especially difficult due to brutal hill conditions from lack of snow and glazed ice covering much of the slope.