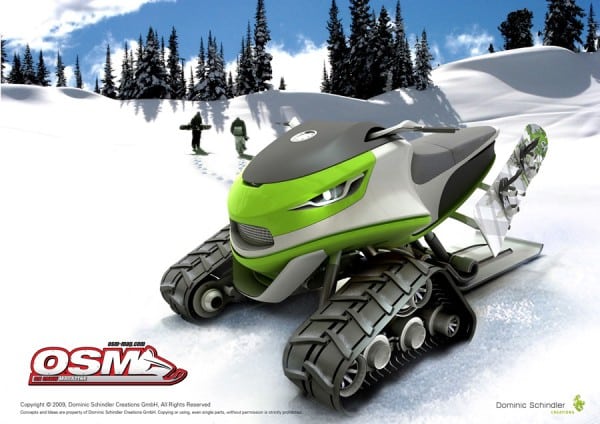 Last week’s first installment of “Conceptualization” clearly caught the imagination’s of thousands of OSM fans as the electric propelled Husky SXC had readers buzzing. This week, the Dominc Schindler concept clearly stretches the imagination further and doesn’t simply ask the question what if… but rather, why not?

Penned by Austrian design firm Dominic Schindler, this SnowMobile was designed as a reinterpretation of modern transportation found in and around ski areas. Similar in concept to the vintage Diablo Rouge from Bolens, the Schindler vehicle is far more streamline and features what we suspect are aggressive, traction laden molded rubber tracks at the front and a composite slider at the rear. Intended to scale steep inclines, the Dominic design could transport snowboarders and their gear to the deep backcountry.

There’s more OSM Conceptualization on deck, as we showcase an over the snow concept each “hump-day” throughout the month of April. Stay tuned. 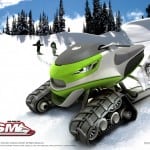 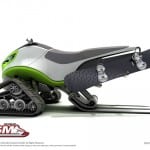