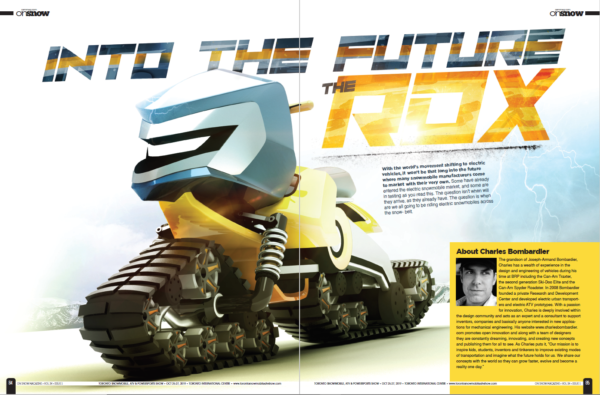 With the world’s movement shifting to electric vehicles, it won’t be that long into the future where many snowmobile manufacturers come to market with their very own. Some have already entered the electric snowmobile market, and some are in testing as you read this. The question isn’t when will they arrive, as they already have. The question is when are we all going to be riding electric snowmobiles across the snow- belt. 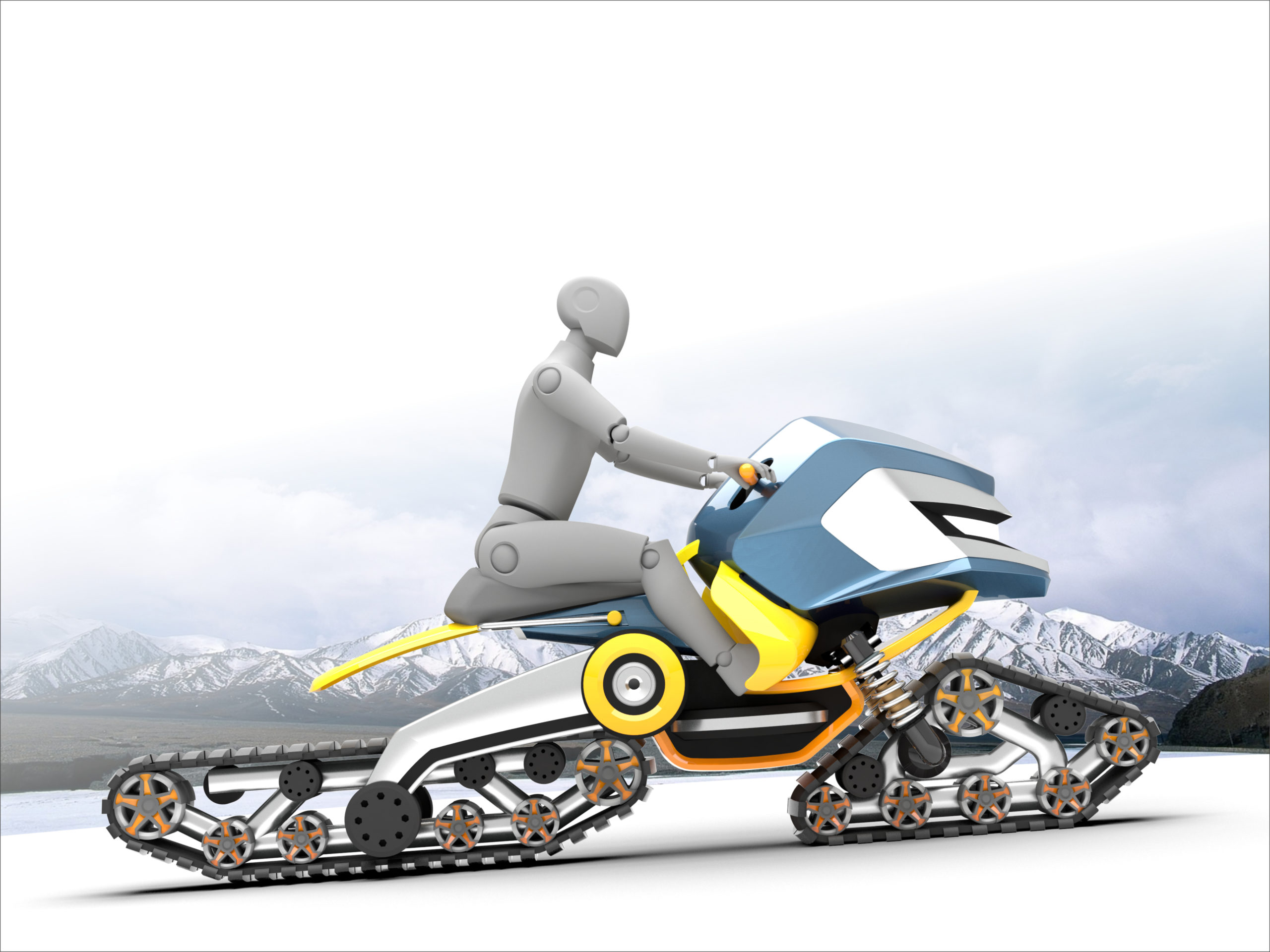 The concept of the RDX is a lightweight electric snowmobile with a size very similar to that of a snow bike, and is designed to weigh in at around 350lbs, with deep snow and boon docking capabilities through the thickest woods at both low and high speeds. In order to achieve this, the RDX would have to have a few key features to help the rider explore new hidden places that have previously been thought as impossible.  To achieve, this Charles designed the RDX to be narrow, featuring two powered tracks and a self-balancing system.

In the development of this nimble vehicle, Charles wanted to have more track surface for traction, and more torque from the electric sprocket motors. With the arrival of new materials, power steering and gyroscopes in powersport vehicles, he believes that this is not only possible, but is the future. The RDX’s electric sprocket motors would be positioned at each end of its tracks. These compact motors should provide enough torque to propel and accelerate the RDX faster than any factory snowmobile. The “sprocket motor” idea was inspired by the motor wheel invented by Pierre Dubuc in 1994. 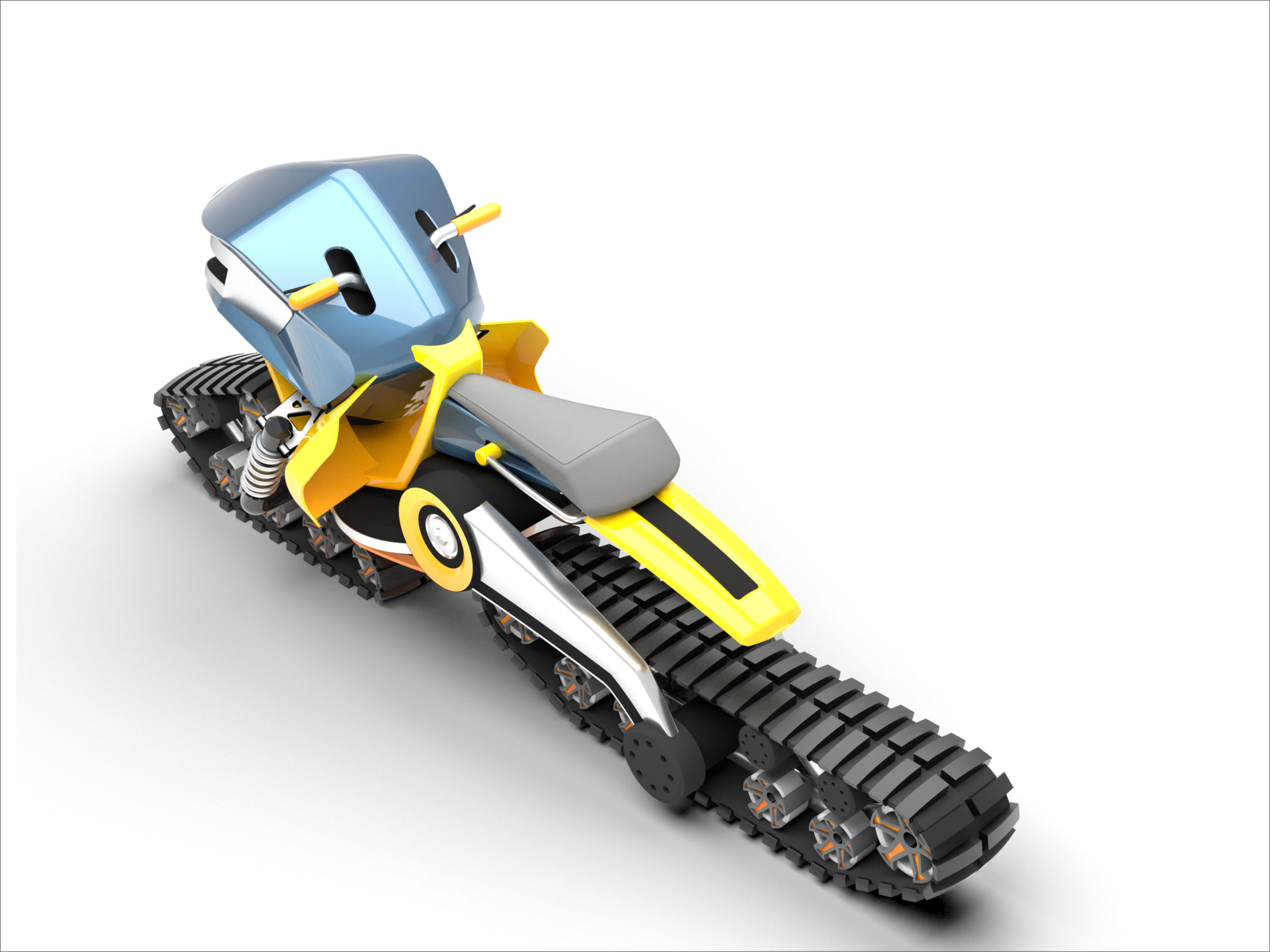 The RDX’s power would be drawn from either a liquid-cooled, proton exchange membrane fuel cell, or Ion lithium batteries providing ample, long lasting power. The two motorized tracks would have a minimal distance between them allowing for maximum floatation, while also making it very difficult for the RDX to get hung up on obstacles while off-trail in the deep snow. Power steering is a must on this all-tracked, all-drive vehicle to allow for easy steering. The shape of the tracks would also play a factor to help make the RDX easier to steer in the knarliest conditions. The tracks could come in different length variations, depending on where the owner is driving the RDX, much like the difference of a trail snowmobile and a mountain sled.

Knowing that all riders are not at the same level, and that when out riding, there isn’t always an opportunity to lean the RDX against something, Charles also designed the vehicle to have an electronic gyroscopic system which would not only help the rider keep upright, but also allow the vehicle to stay upright, even when not in motion, making it very user friendly. To further help the rider navigate through tight woods, or while making tight turns and chicanes on the trail, a self-balancing system has been incorporated into the design to help riders of all skill levels. 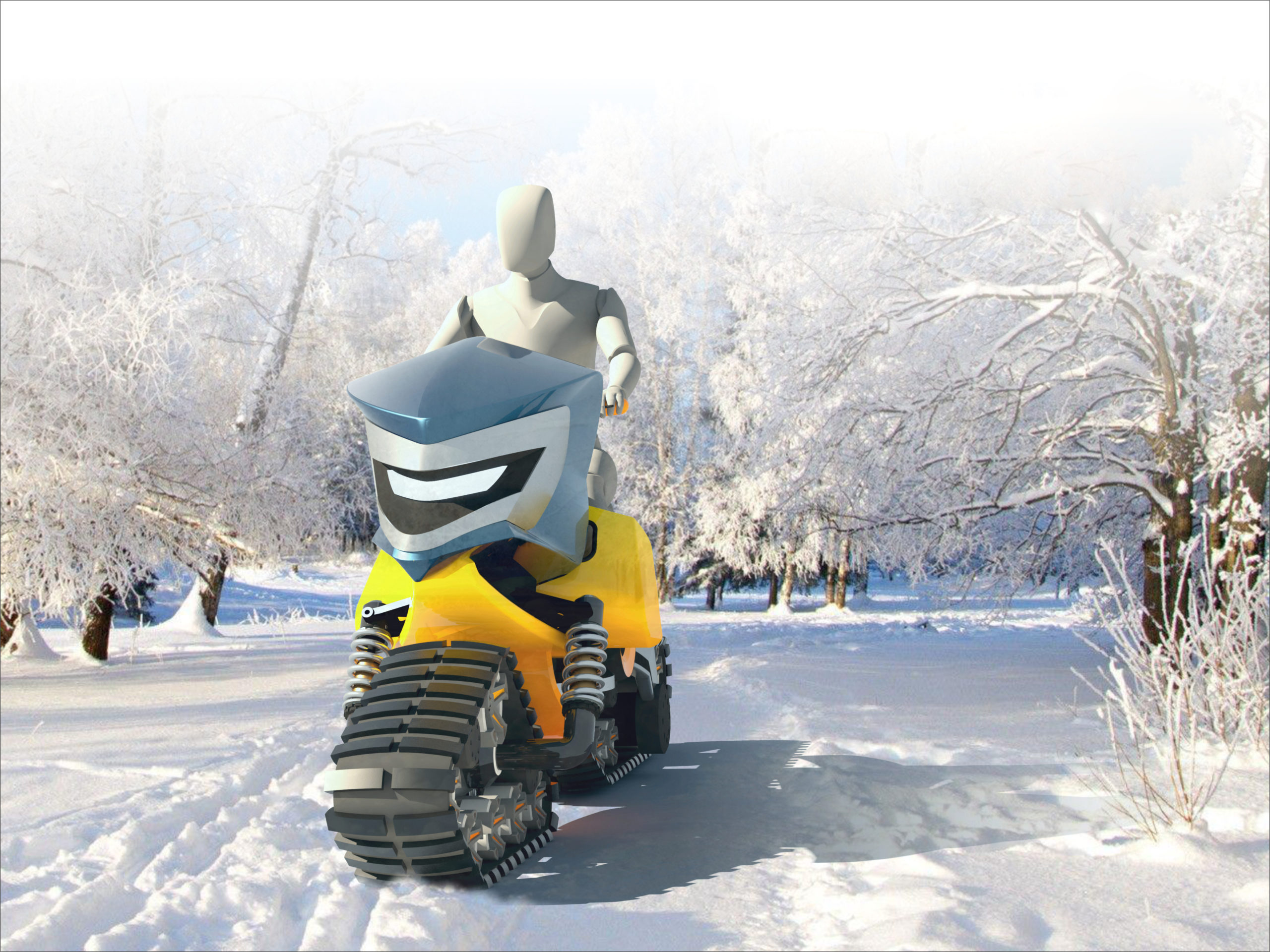 Does the RDX end here? No, it’s only the start. Charles believes that an autonomous version could be made, allowing the driver to head to the backcountry to snowboard or ski down the mountain, and have the RDX rendezvous at the bottom. 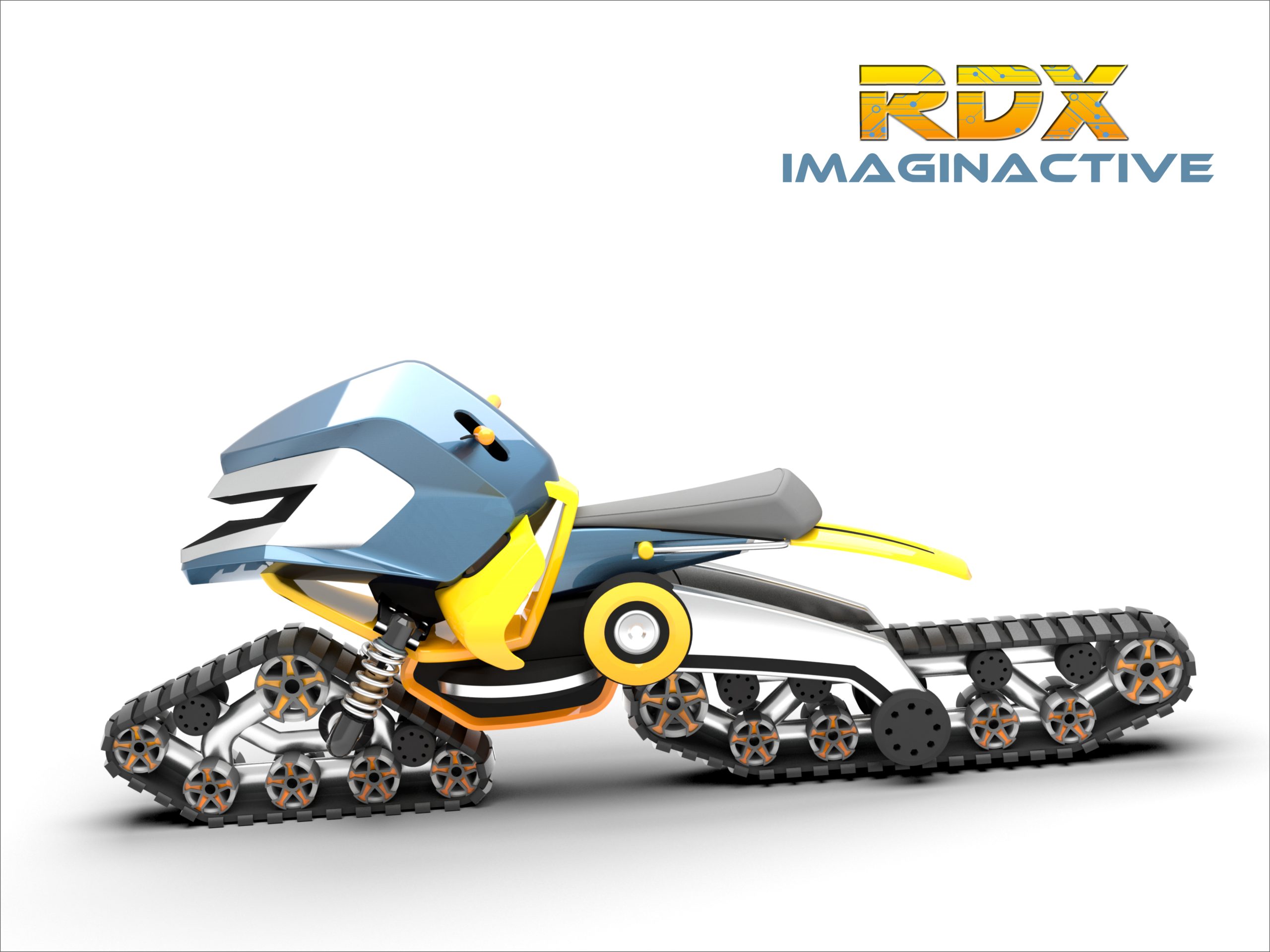 The RDX concept was imagined by Charles Bombardier in May 2019, and designed by Adolfo Esquivel, a freelance industrial designer based in Montreal, Canada.