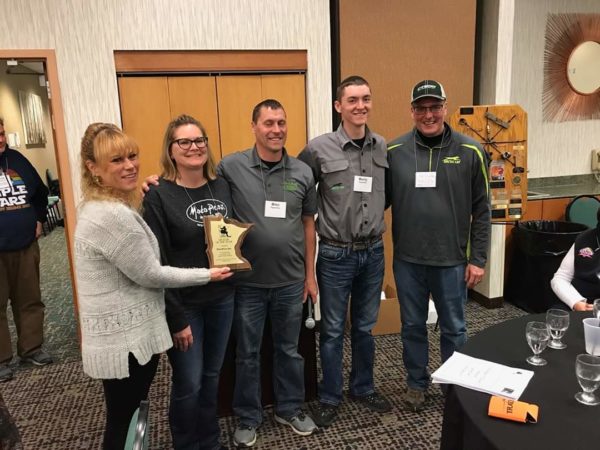 Arctic Cat would like to congratulate Mike and Missy Papenfus, owners of MotoProz in Mazeppa, Minnesota, for being named MnUSA’s Dealer of the Year. Formerly Kelly’s Sales & Service, the Papenfus’ purchased the business in 2007 and renamed it MotoProz. The dealership is the second-oldest Arctic Cat Dealer in Minnesota, serving Arctic Cat customers for the past 50 years.

The MnUSA’s Dealer of the Year award recognizes a snowmobile dealership that is deeply committed to organized snowmobiling, is involved with snowmobile organizations and strives to make the sport even more enjoyable in the future. The dealership winning this award will also be submitted as MnUSA’s nomination for the American Council of Snowmobile Association’s (ACSA) National Award.