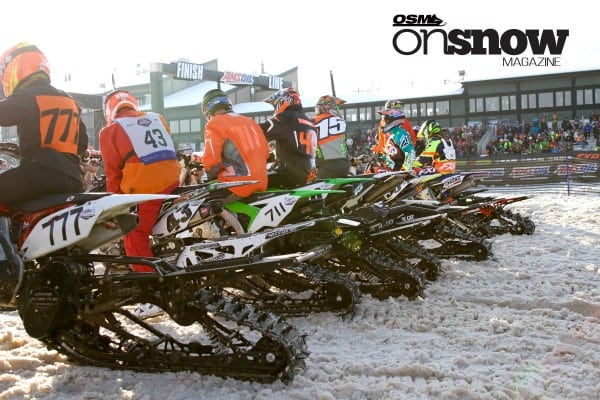 Just how serious is Polaris about the potential of the snowbike market? How about $44,000 serious, that is the total amount of contingency available to Timbersled racers this winter. Spanning across several race organizations that will offer a snowbike class this winter as well as Winter X-Games, the chance for riders to earn some big bucks this year should prove very enticing. The move will surely attract several motocross riders to give the new racing format a go as well as convince current snowmobile racers to add a snowbike to their race hauler. Polaris will also field a factory team of snowbike racers that includes the likes of Ronnie Renner and Brock Hoyer. Whether snowbike racing will provide the same level of excitement as snowmobiles or motocross is still to be decided by the fans. However, one thing is for certain…the snowbike craze is here, it has traction and Polaris is betting big on its future. Here is the official release from Polaris/Timbersled:

“Ever since Timbersled created the original modern snow bike architecture, we have worked hard to find new ways to promote and grow the sport. Our A-List roster of athletes and unprecedented contingency program is the next step in that progression,” said Chris Wolf, vice president, Polaris Snow Division. “Seeing snow biking go from being a very niche interest to being center stage at the Winter X Games shows the increased interest and popularity of the sport.”

Leading up to the Winter X Games, Timbersled will have several other race team members competing at the X Games Qualifier on Saturday, Dec. 17, and at the AMA Snow Bike Series Kick Off on Sunday, Dec. 18. The team includes Rockstar Energy Husqvarna Factory Racing’s Colton Haaker and fellow Rockstar Energy and Husqvarna-supported rider Ronnie Faisst. Both events are held at ERX Motor Park in Elk River, Minn.