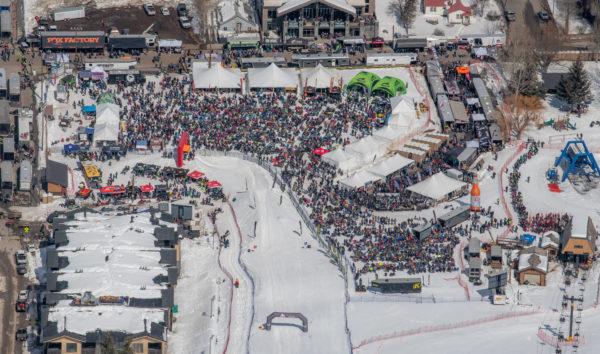 Dating back to 1975 where it all began, the Jackson hole Snow Devils snowmobile club unknowingly launched one of snowmobiles most iconic events. In 1975 the event started with only 20 club members that raced up Snow King Mountain and some local teens, who helpfully mapped out the 1500 foot vertical race course. Fast forward to the 43rd Annual World Championship Snowmobile Hill Climb, where 300 racers competed for the ultimate bragging rights and 10,000 incoming fans doubles the Jackson, Wyoming’s population. Transforming the town into a year-end snowmobile fraternity party.

Man with dead animal engages riders in a Q&A regarding turbo’s for his 2009 APEX. Joking, no clue… 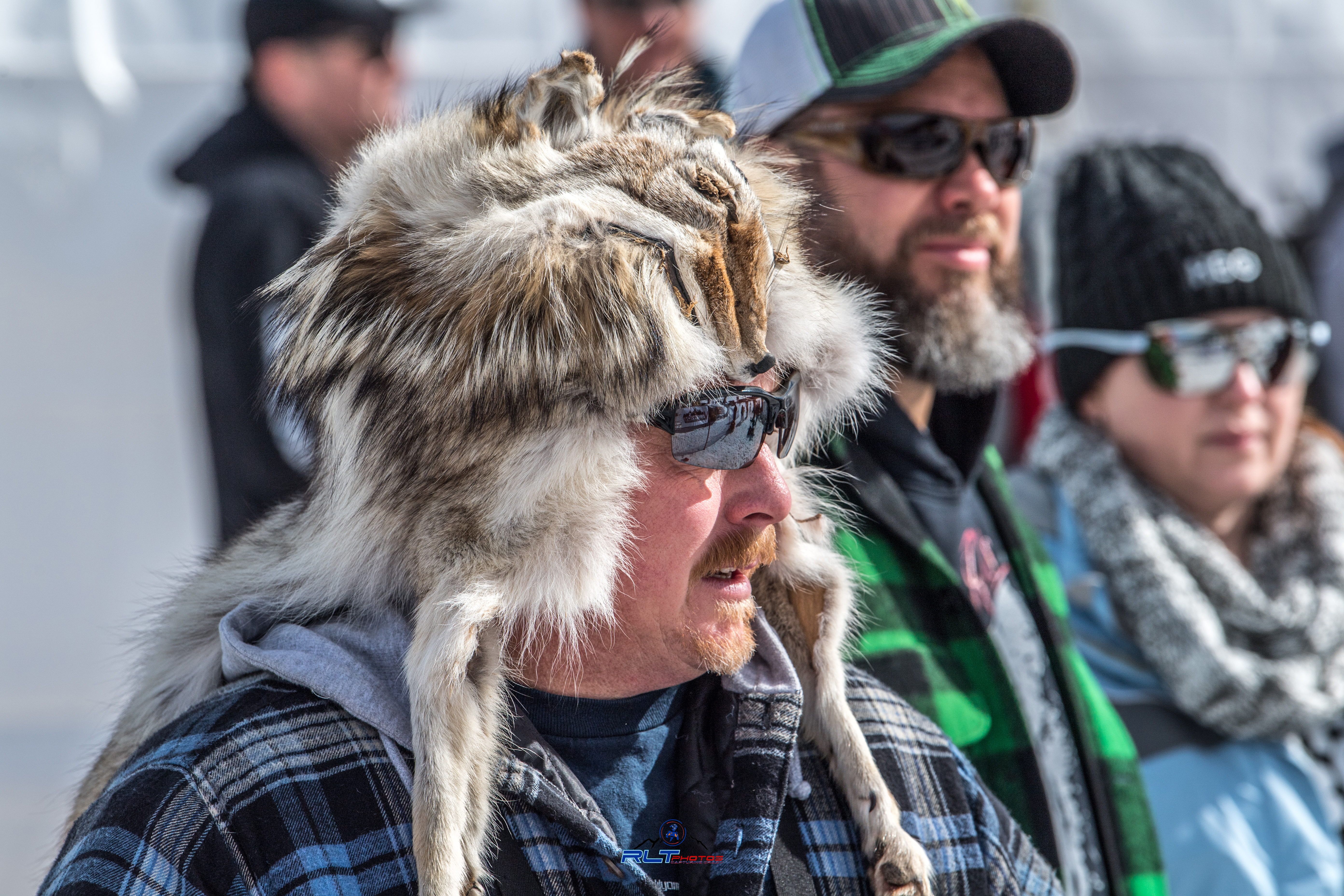 Jay Mentaberry in the pits watching the bigscreen as he awakes his try at the hill. 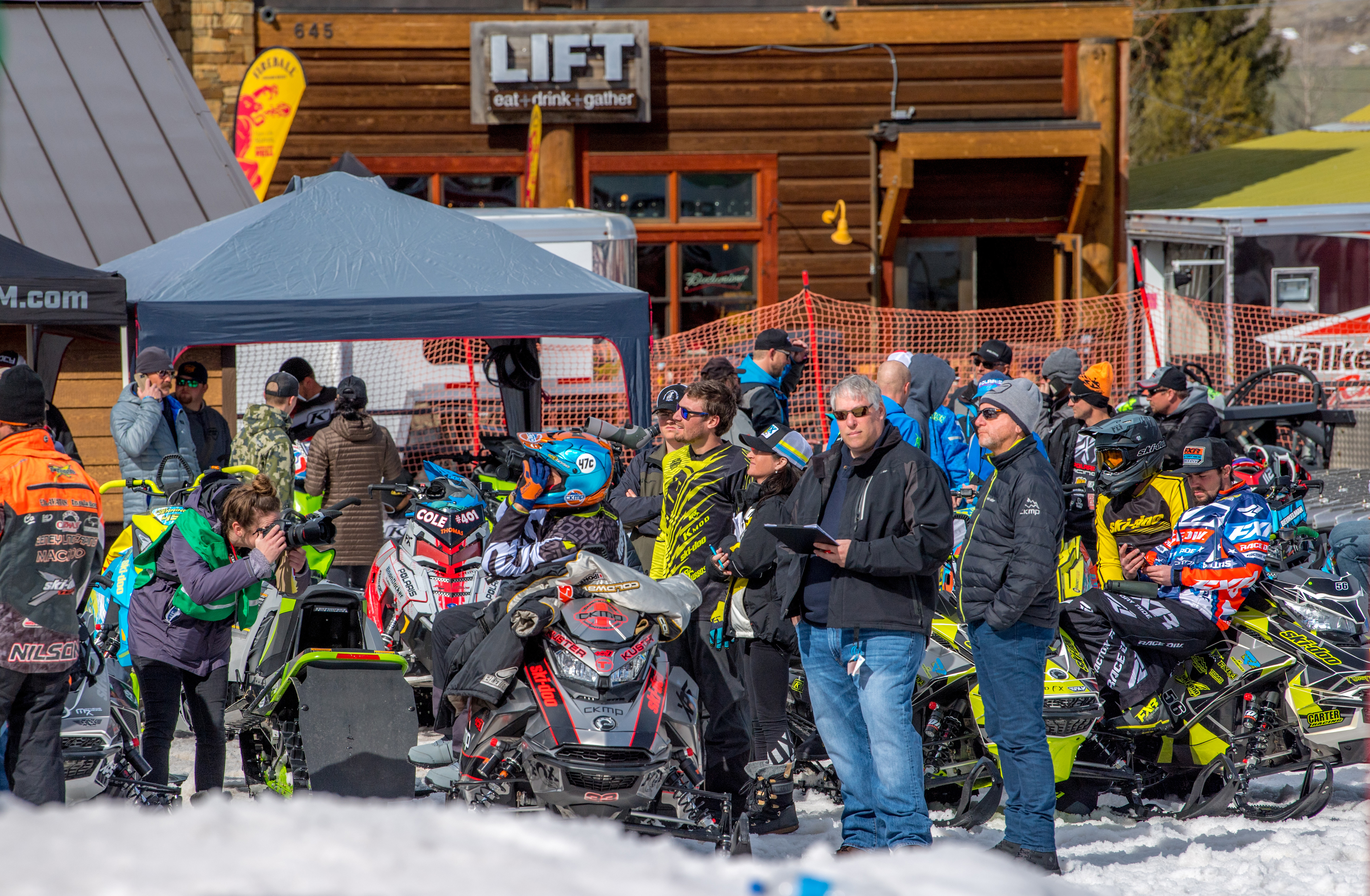 Riders meeting prior to the start of the 2019 JH World Champion Hillclimbs. 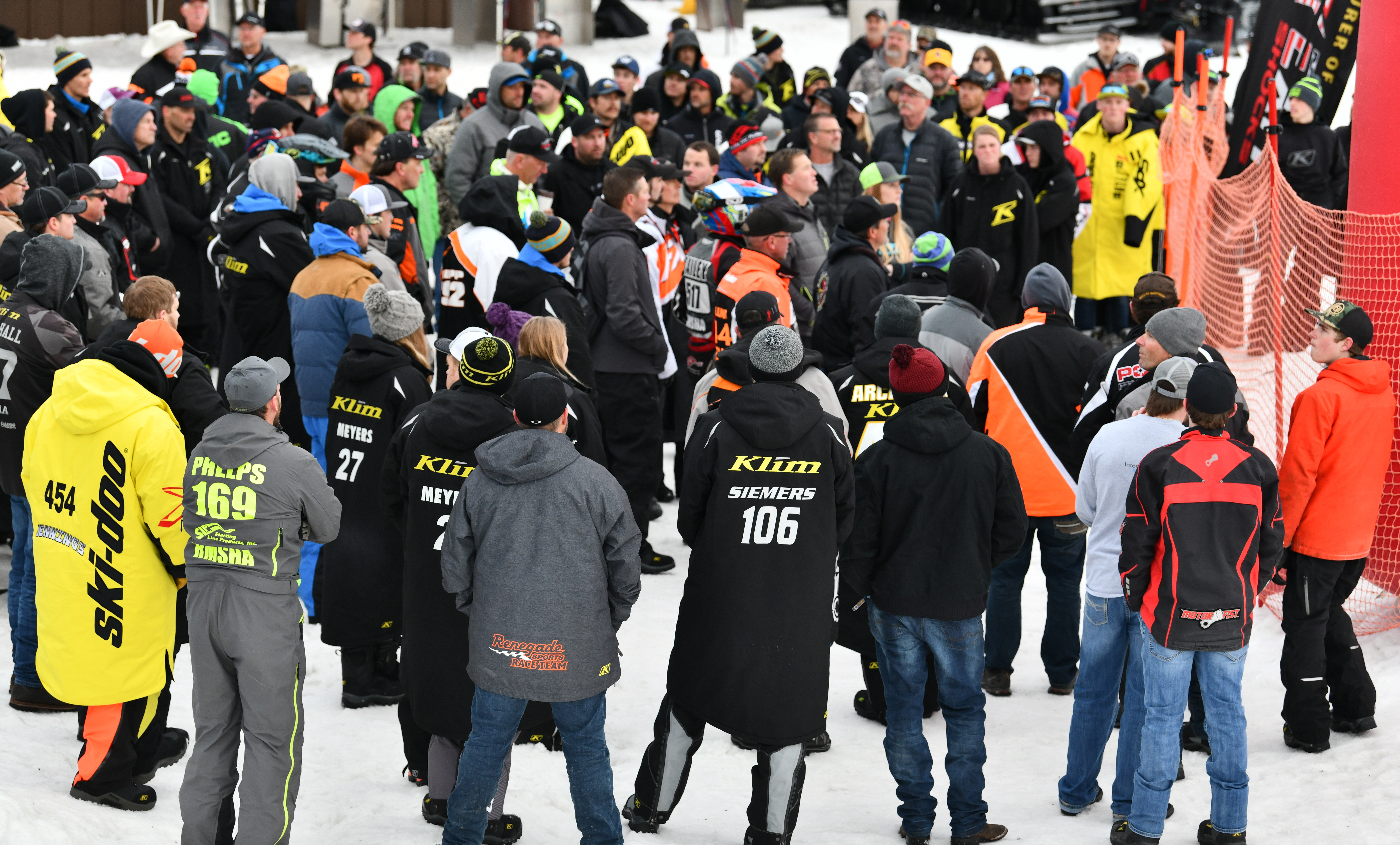 Rider ? just crossing the finish line with inches to spare from being DQ if hitting gate 32. 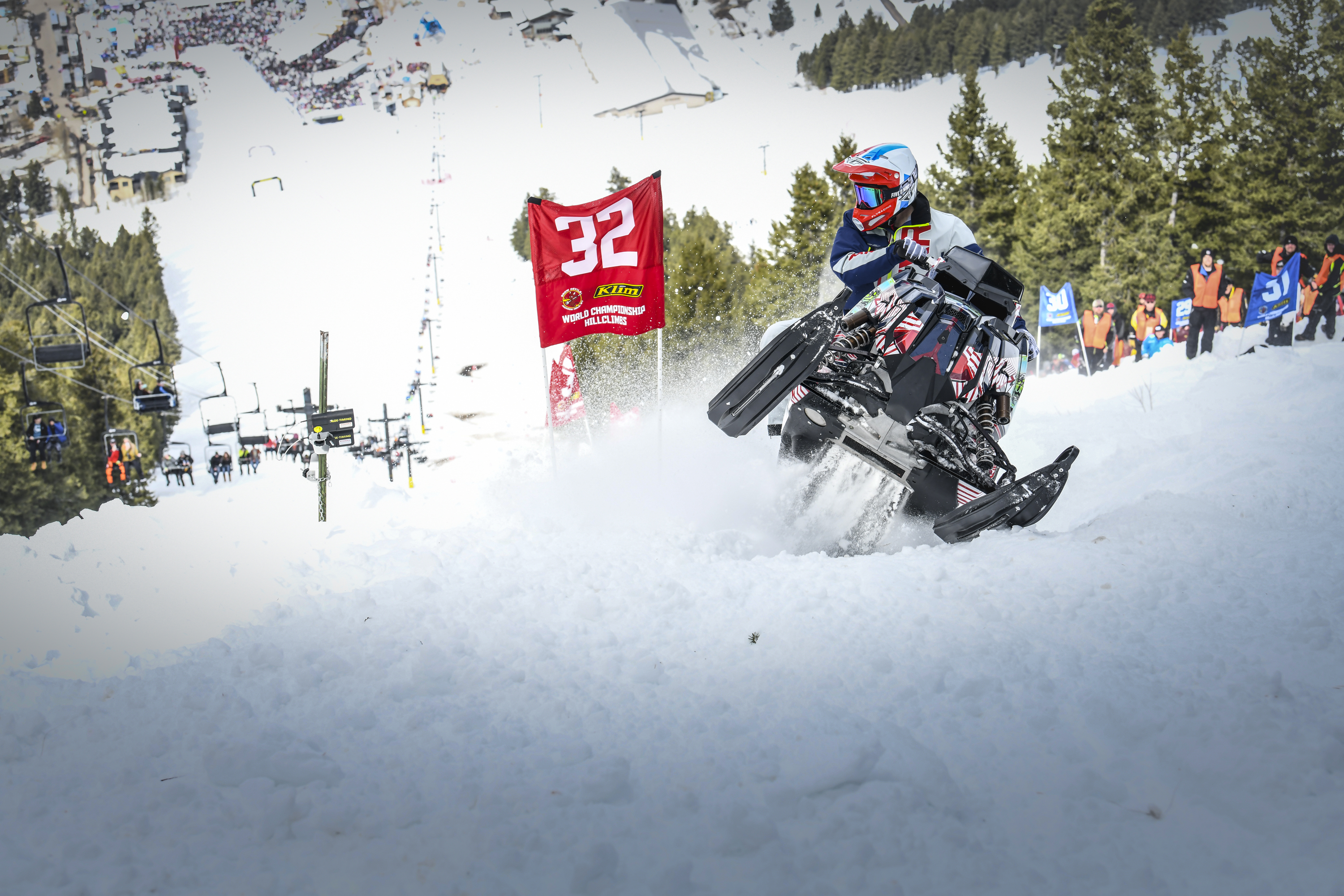 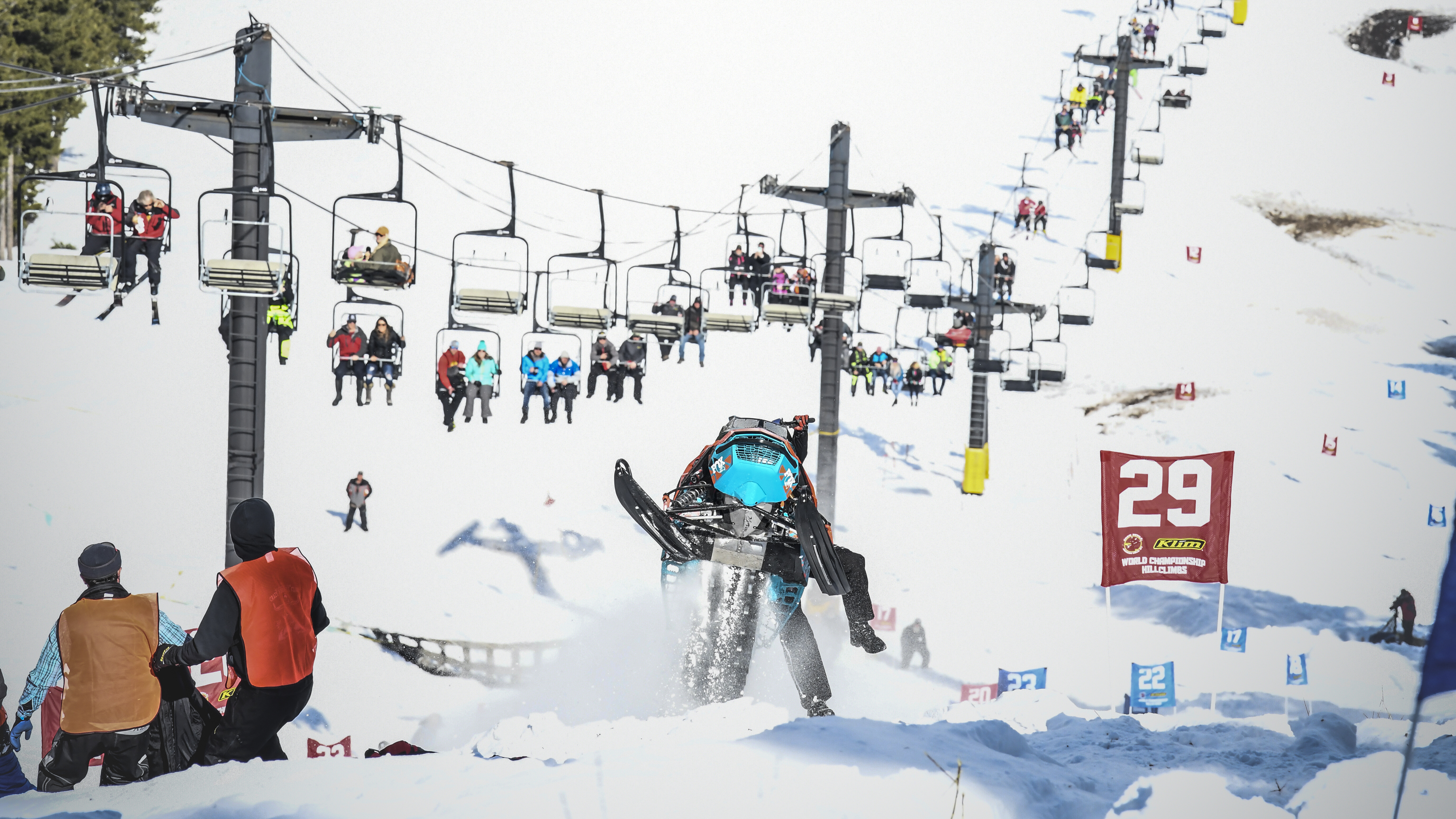 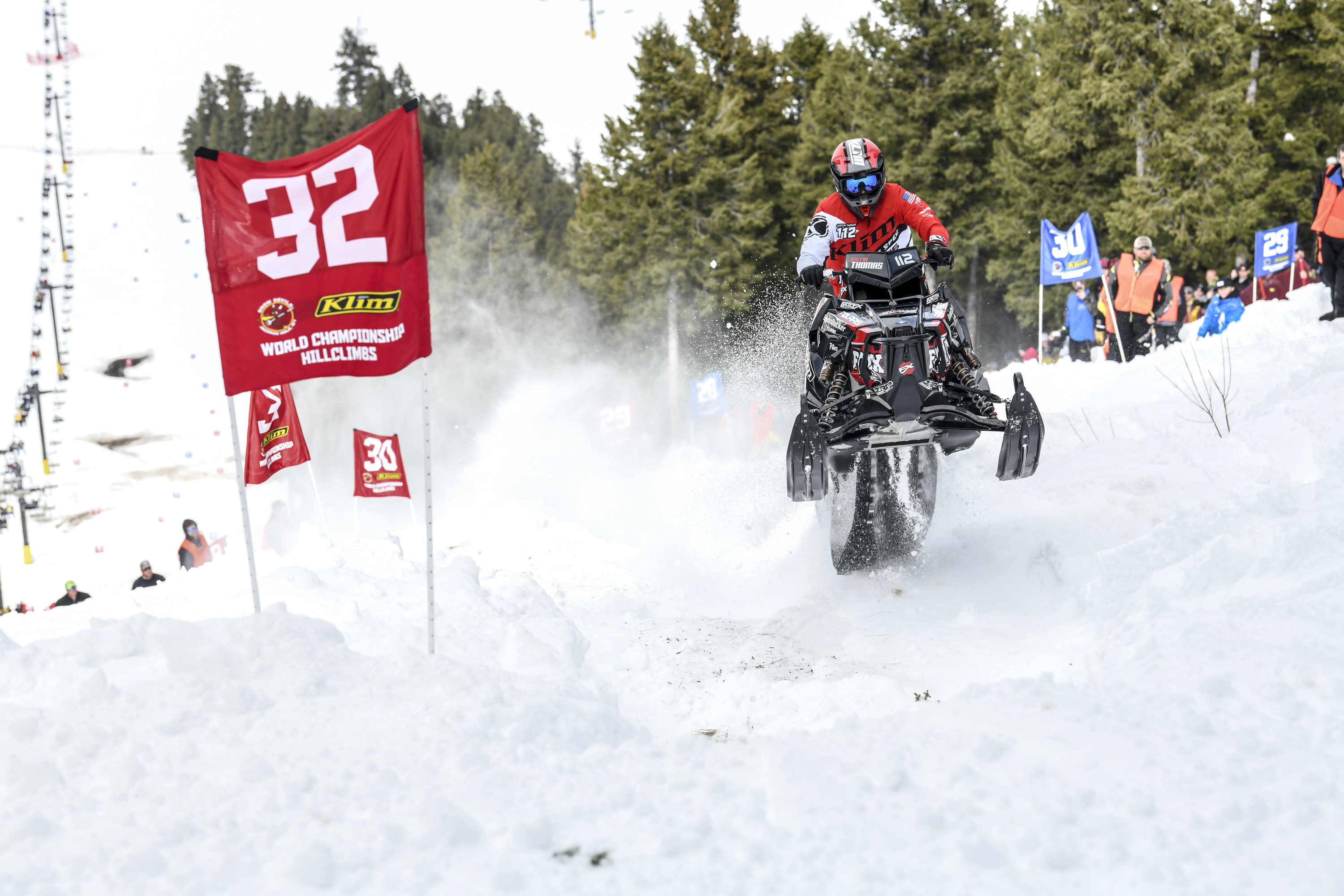 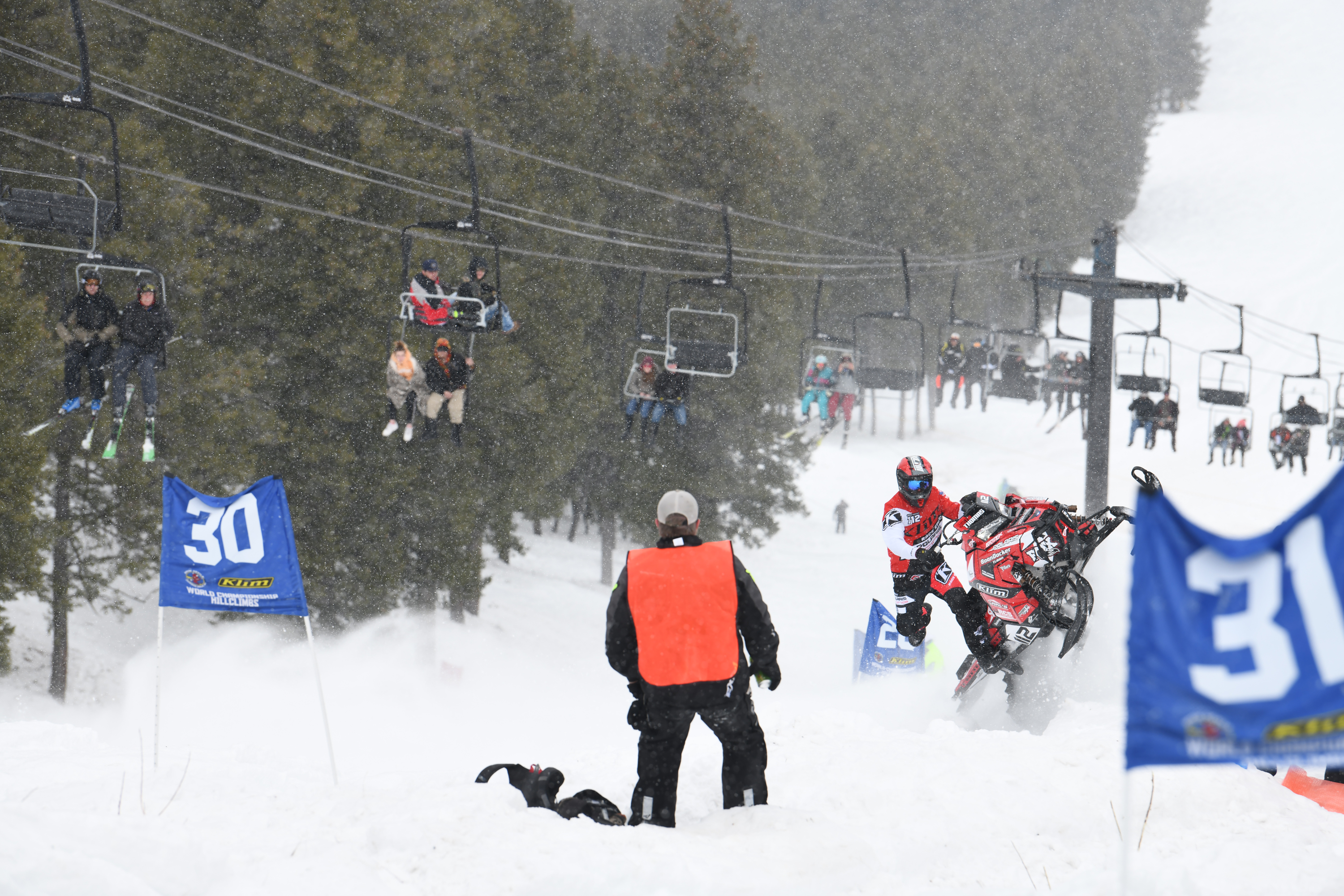 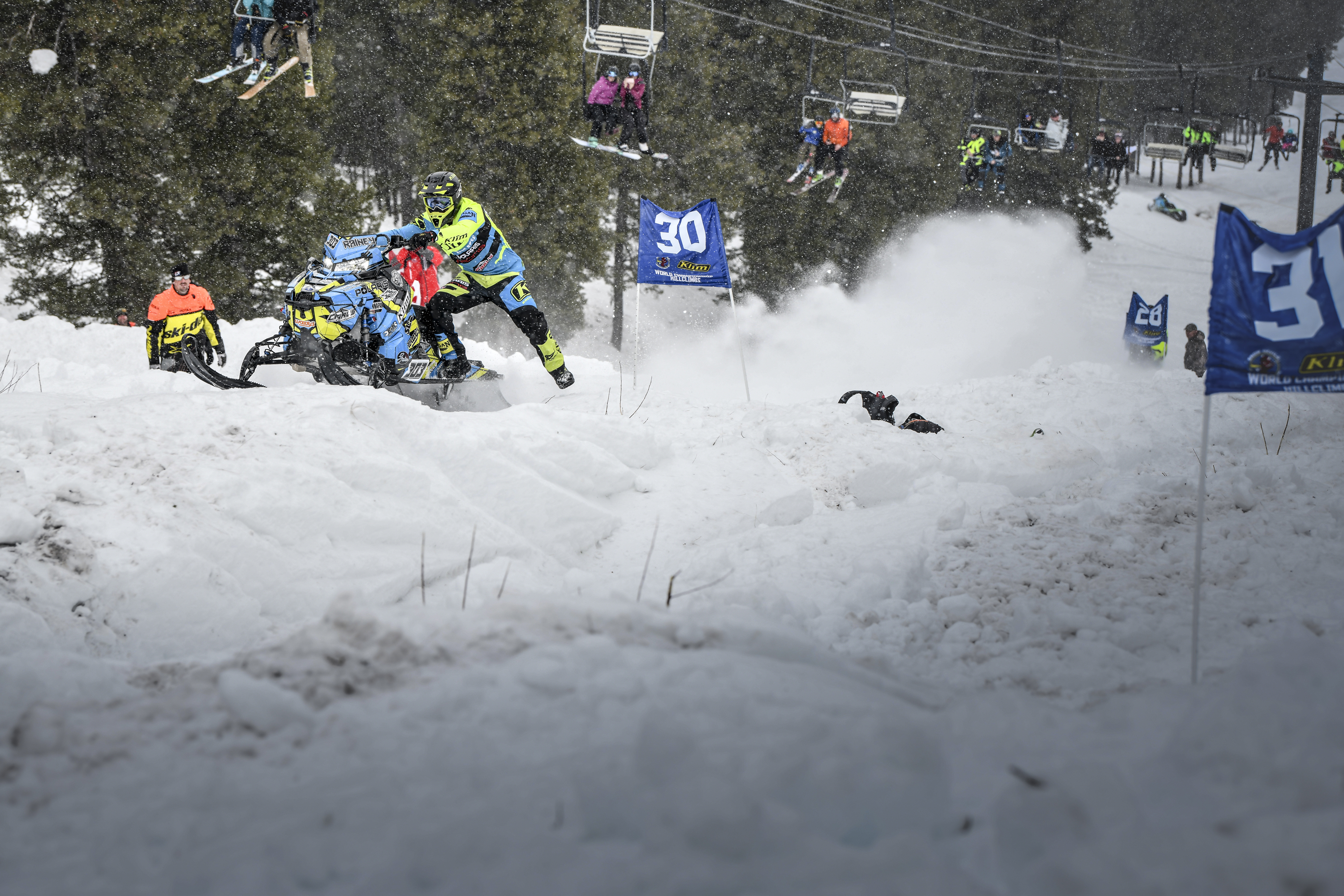 Luke Rainey finishing up his run through gate 32 riding hisPolaris Pro RMK. Guess we can get times if needed? Fromthe Snowdevils 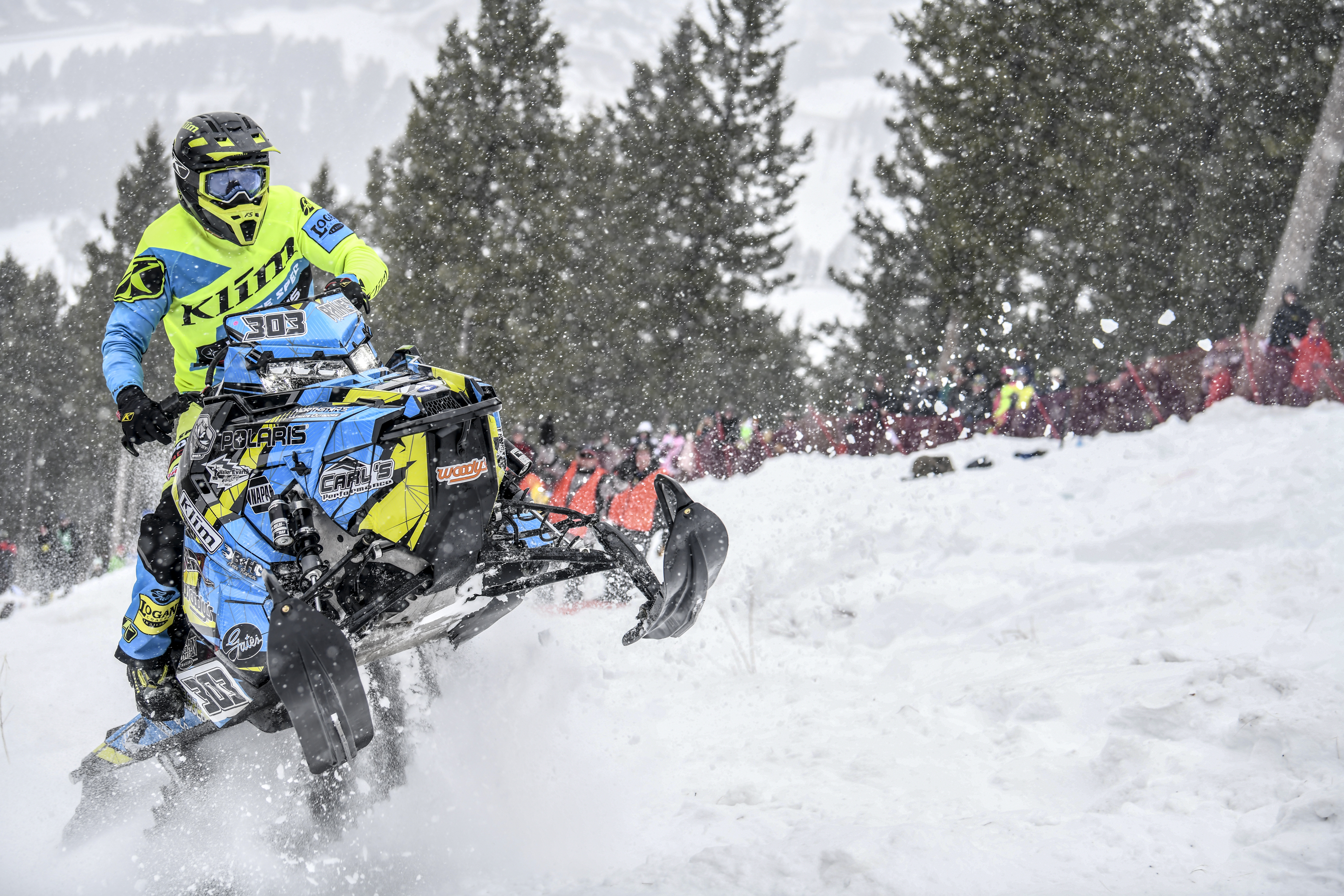 Spanky taking his Skidoo over the top of Snow King 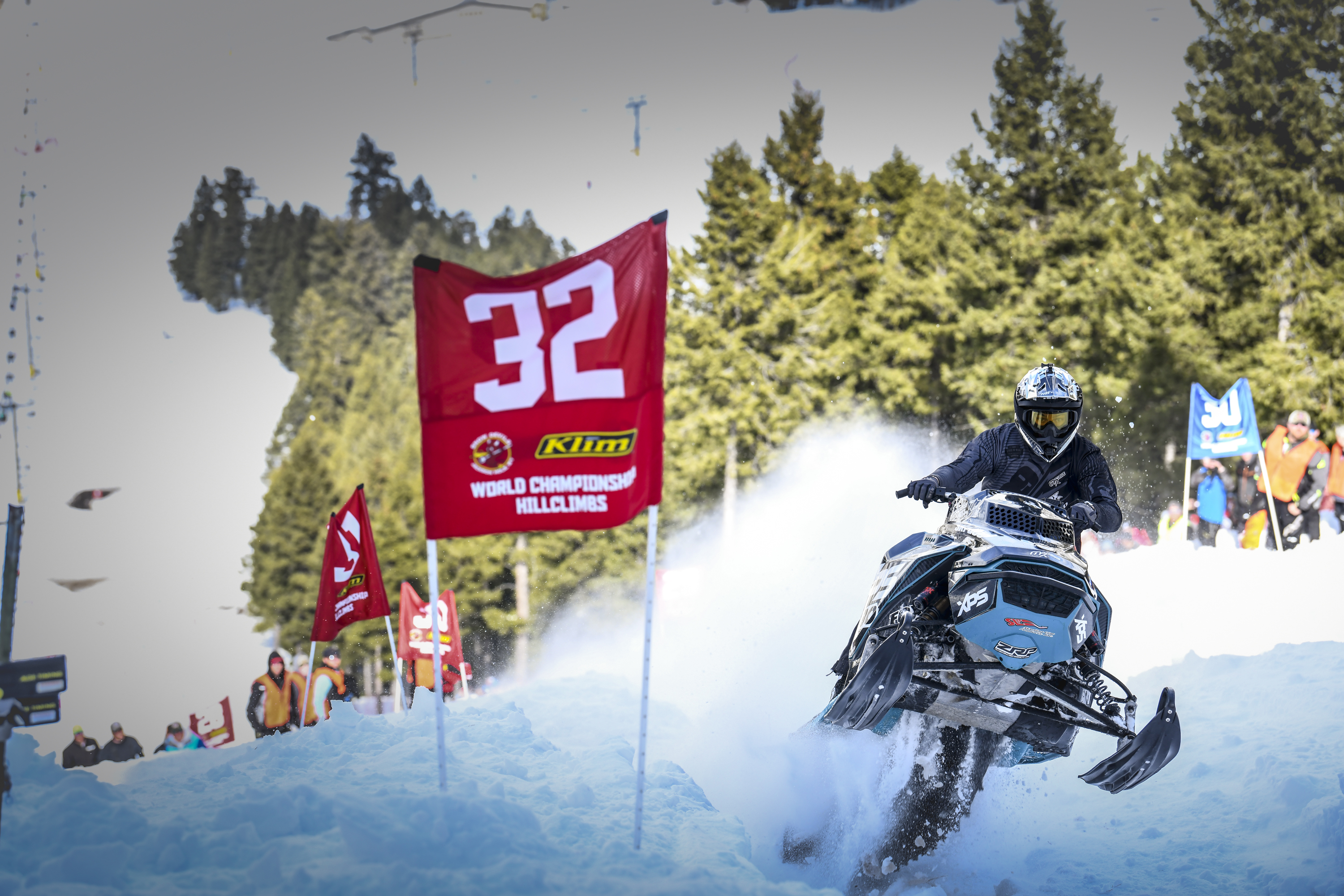 The SLP brothers taking a break from the both up on the hill at Snow King, we have heard about hill help but this seems to be hair help. Those glasses? 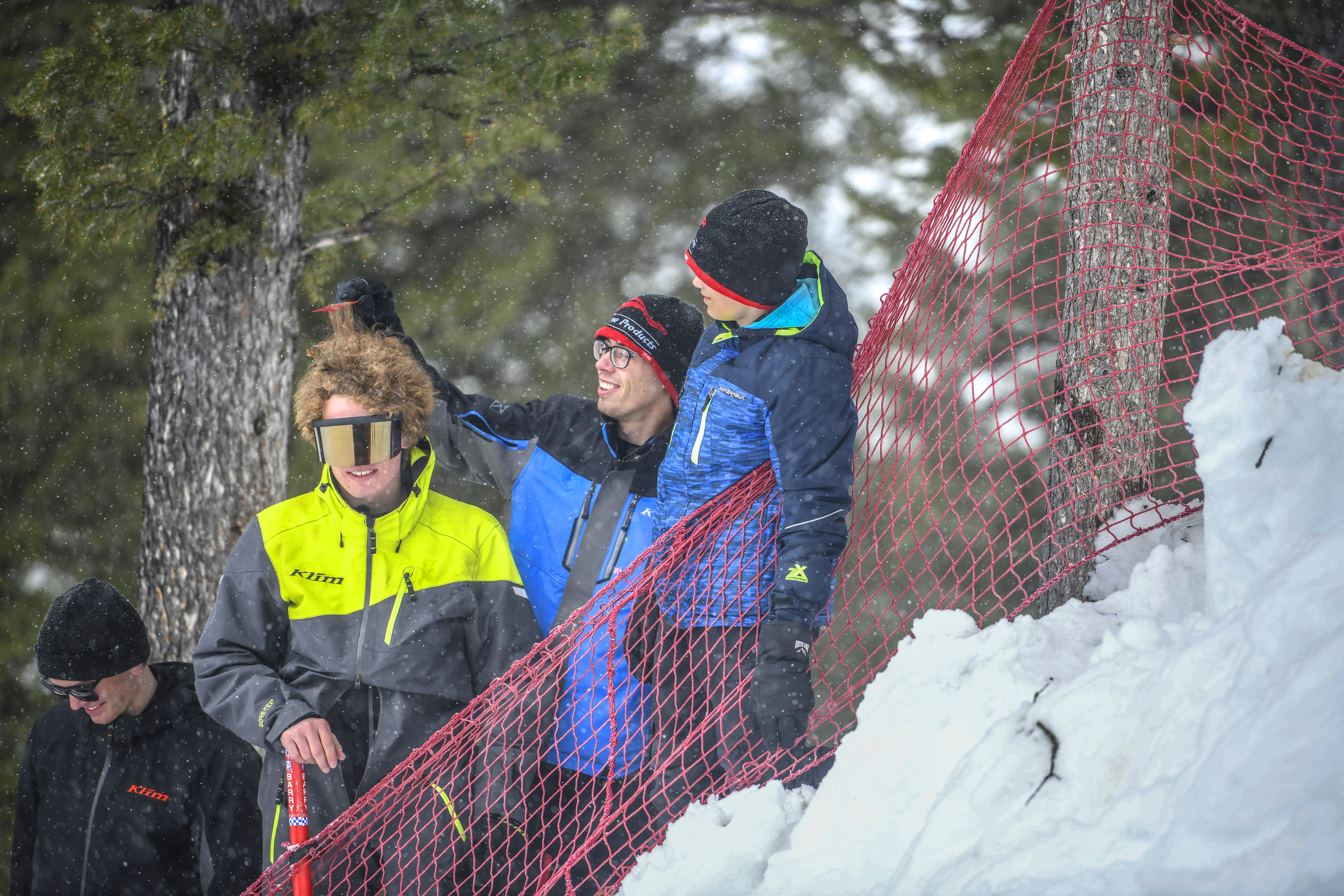 Keith Curtis wasunstoppable this year inthe RIMSHAcircuit taking the triple crown at Snow King this Year, It has never beendone before int eh history of the Hillclimb at Jackson 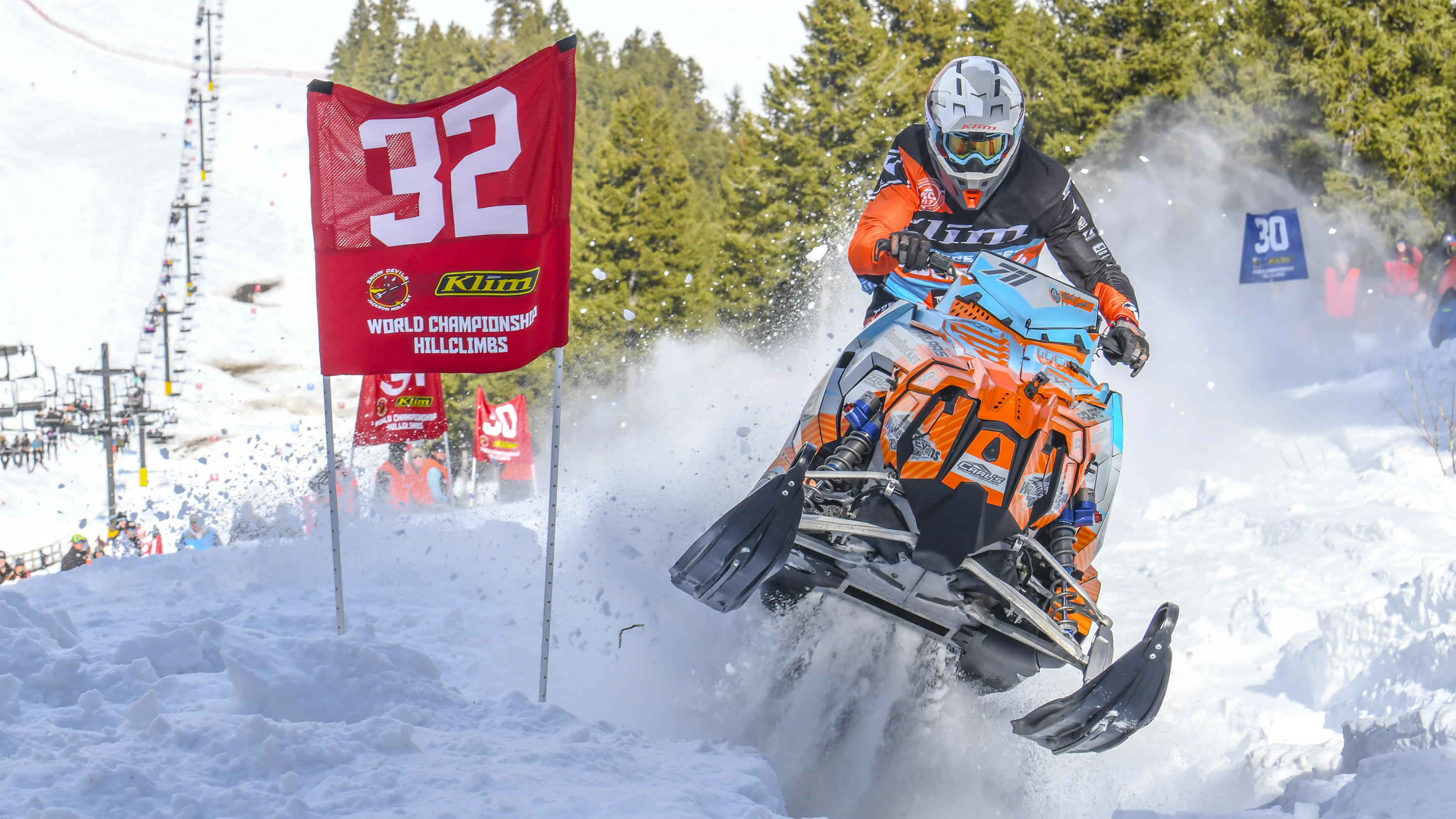 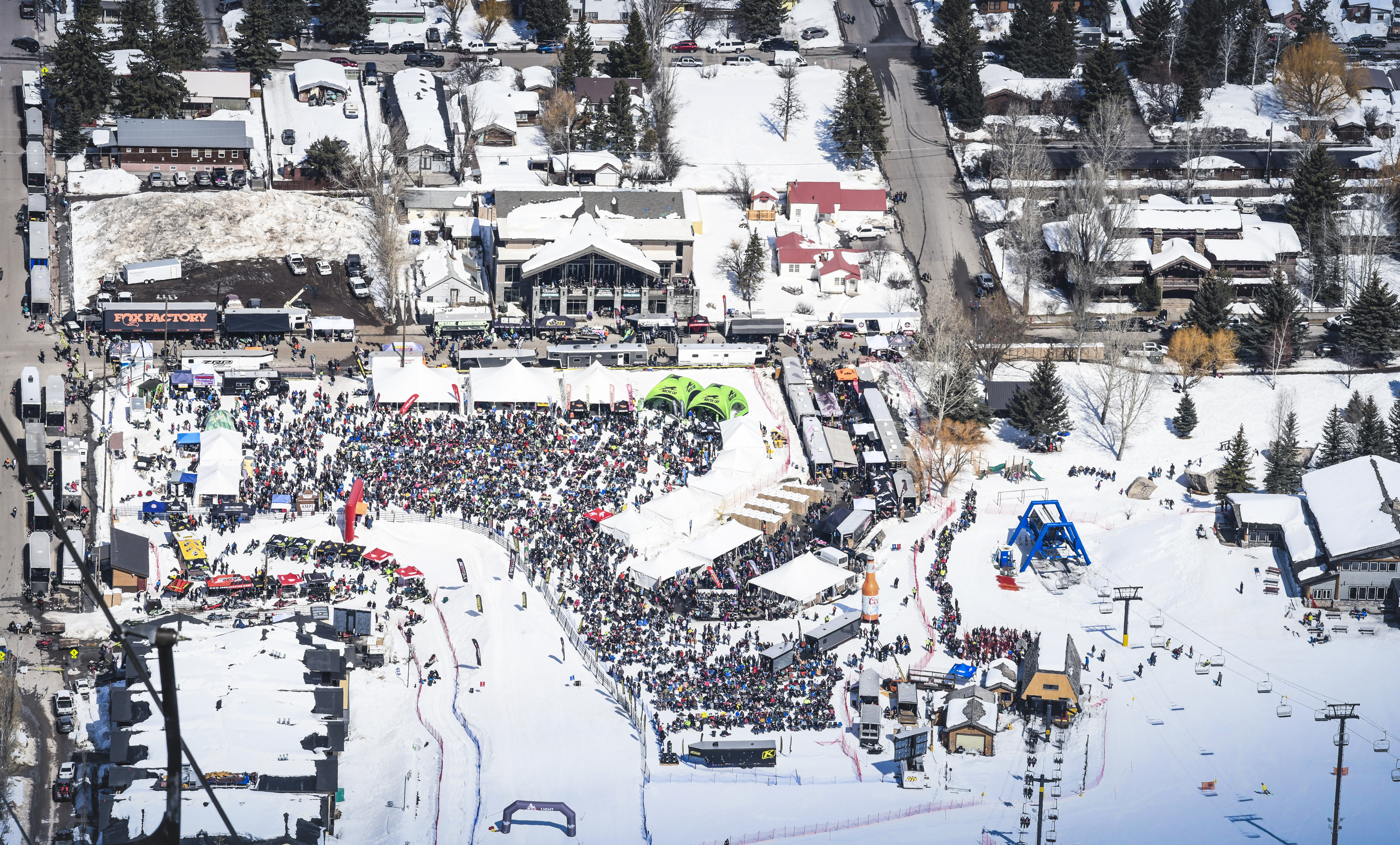 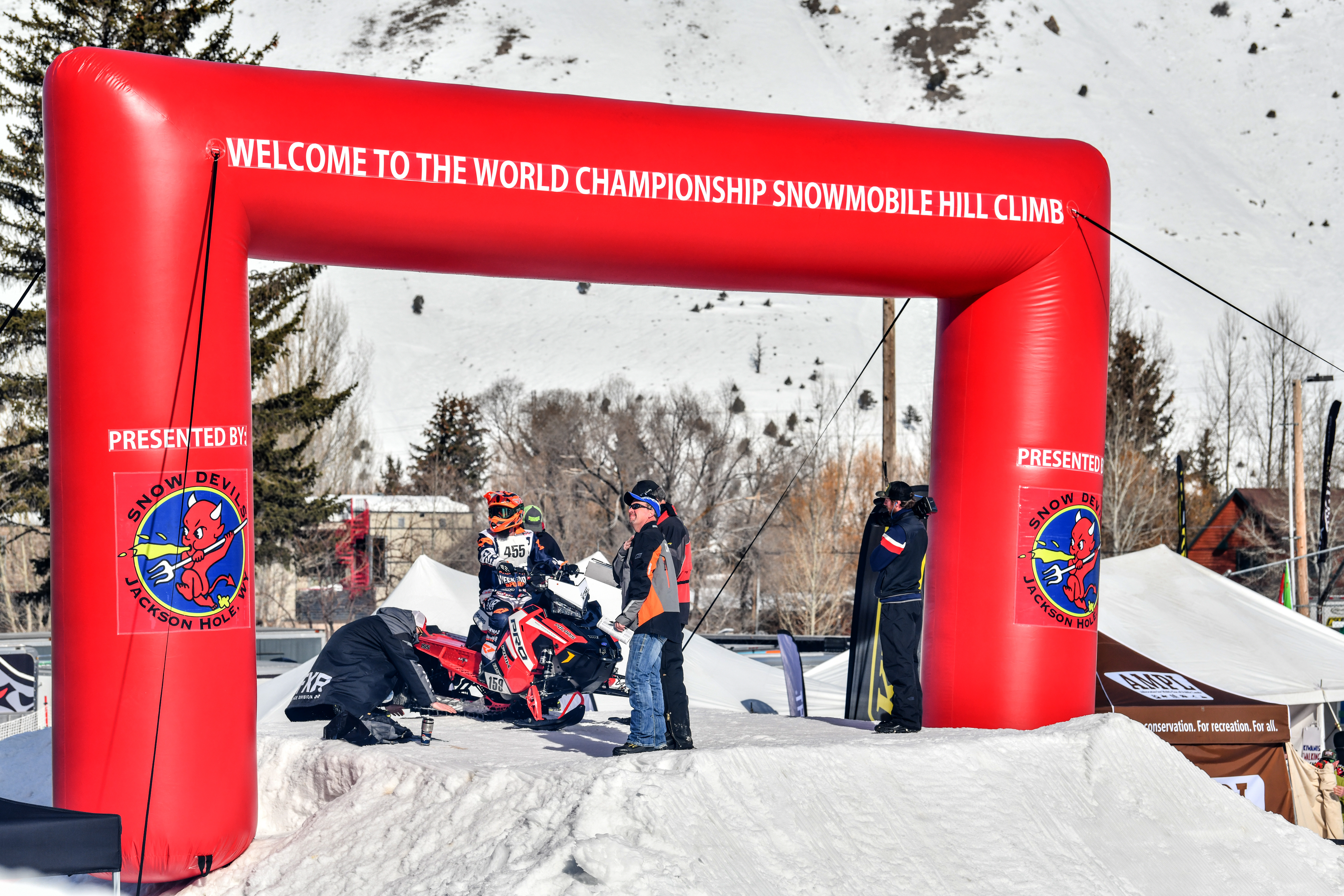 Fans basking in the sun at this years JHHC 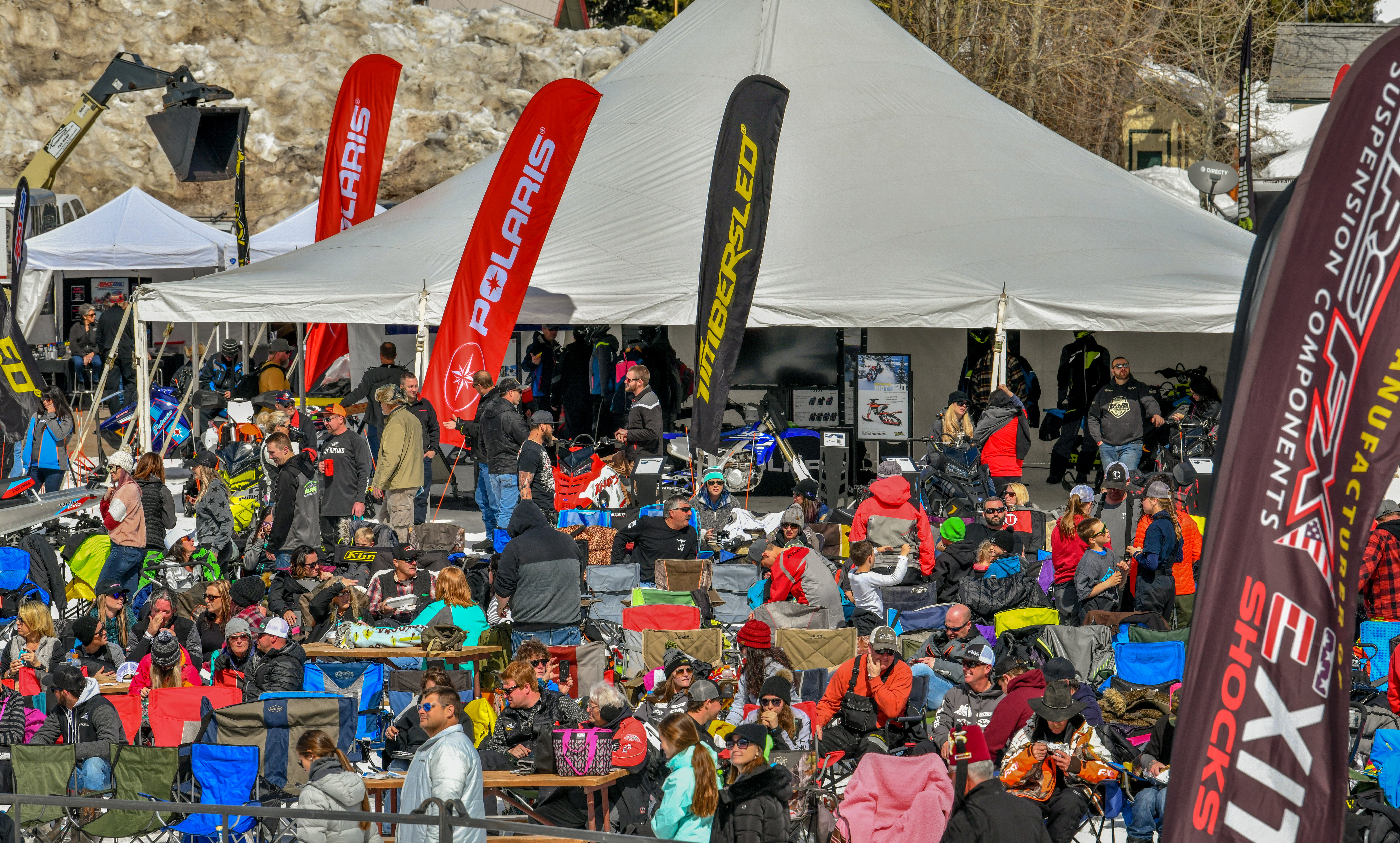 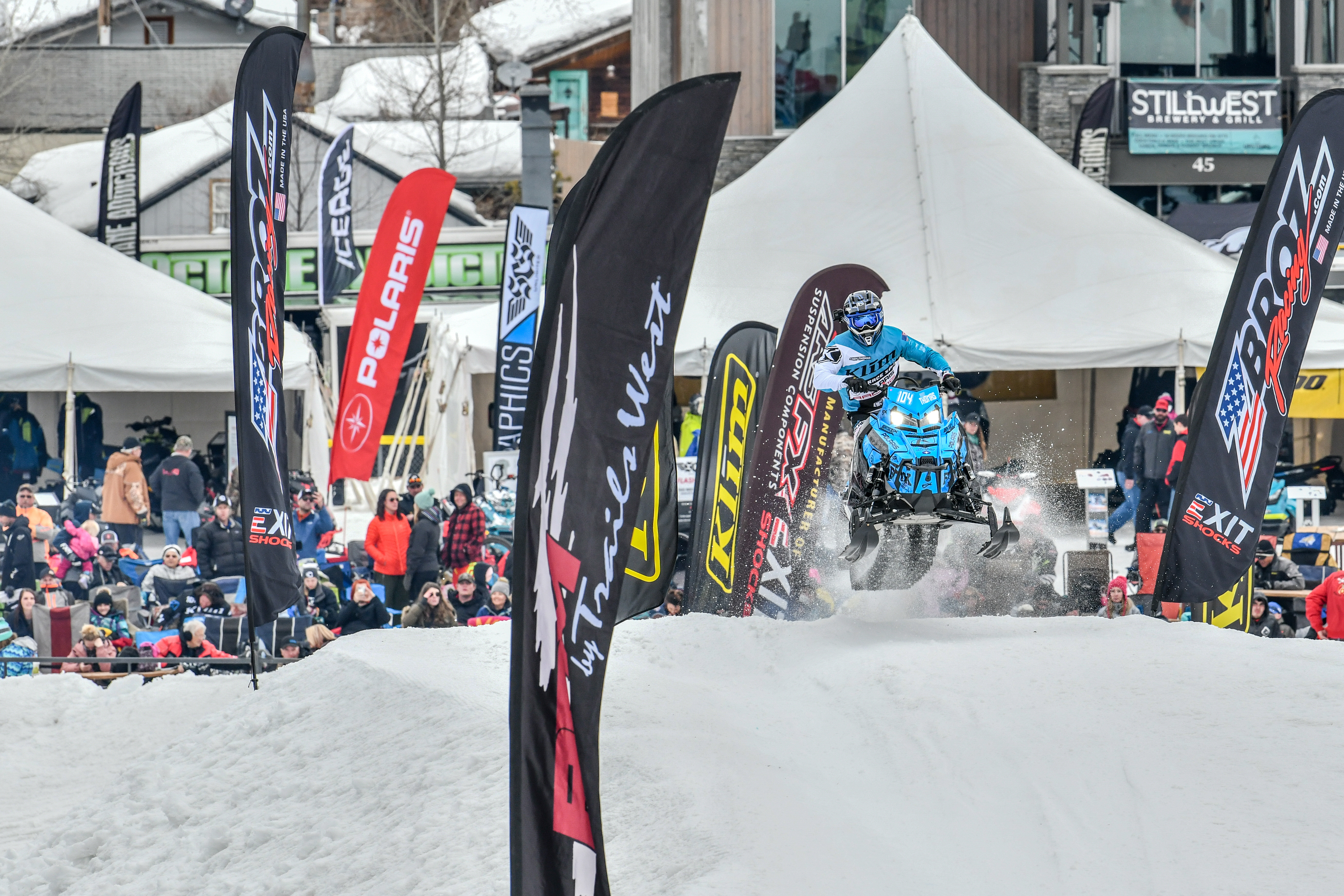 Riders taking a look at the starting line with a great look of the hill in the back ground,steeper than it looks 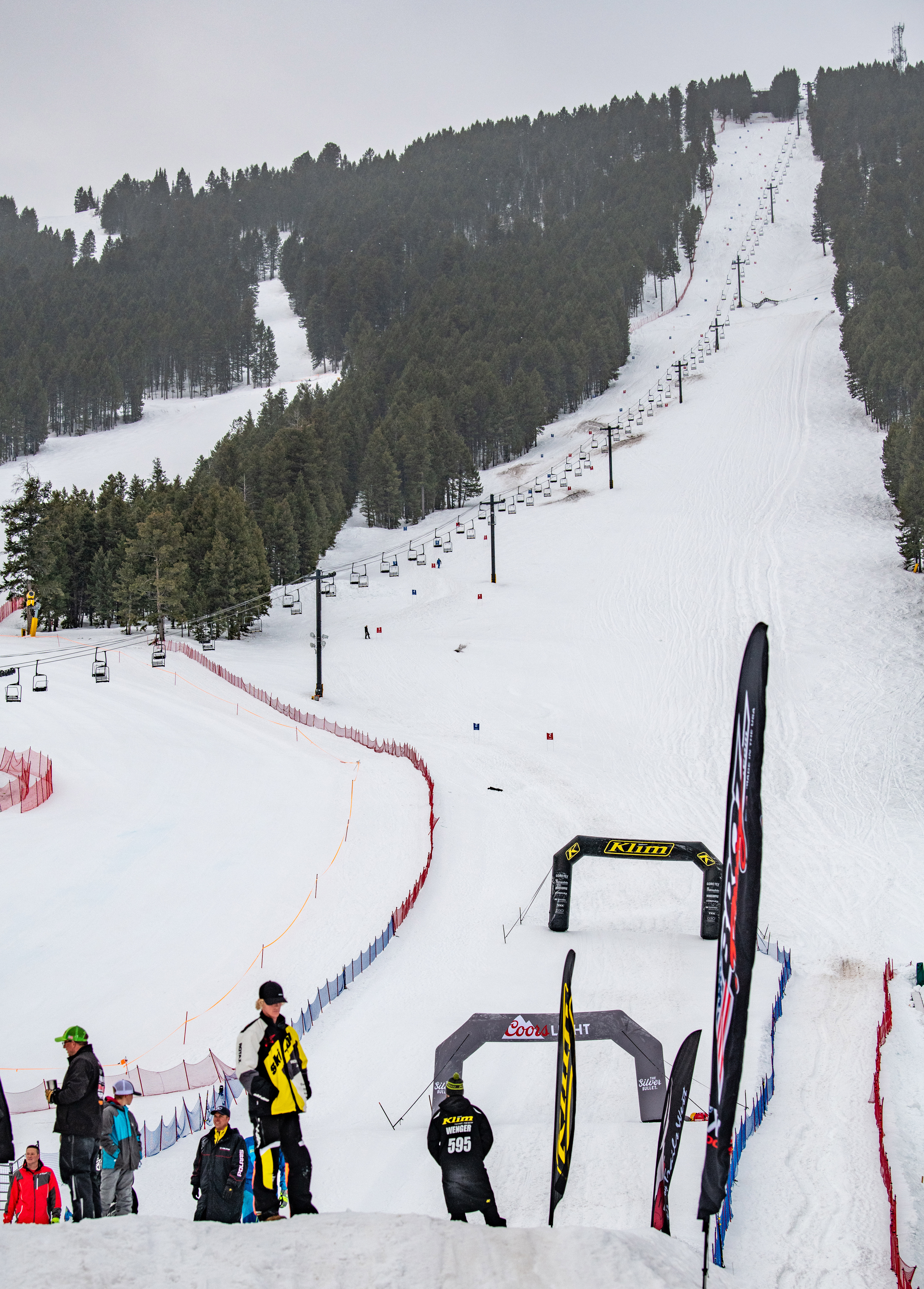 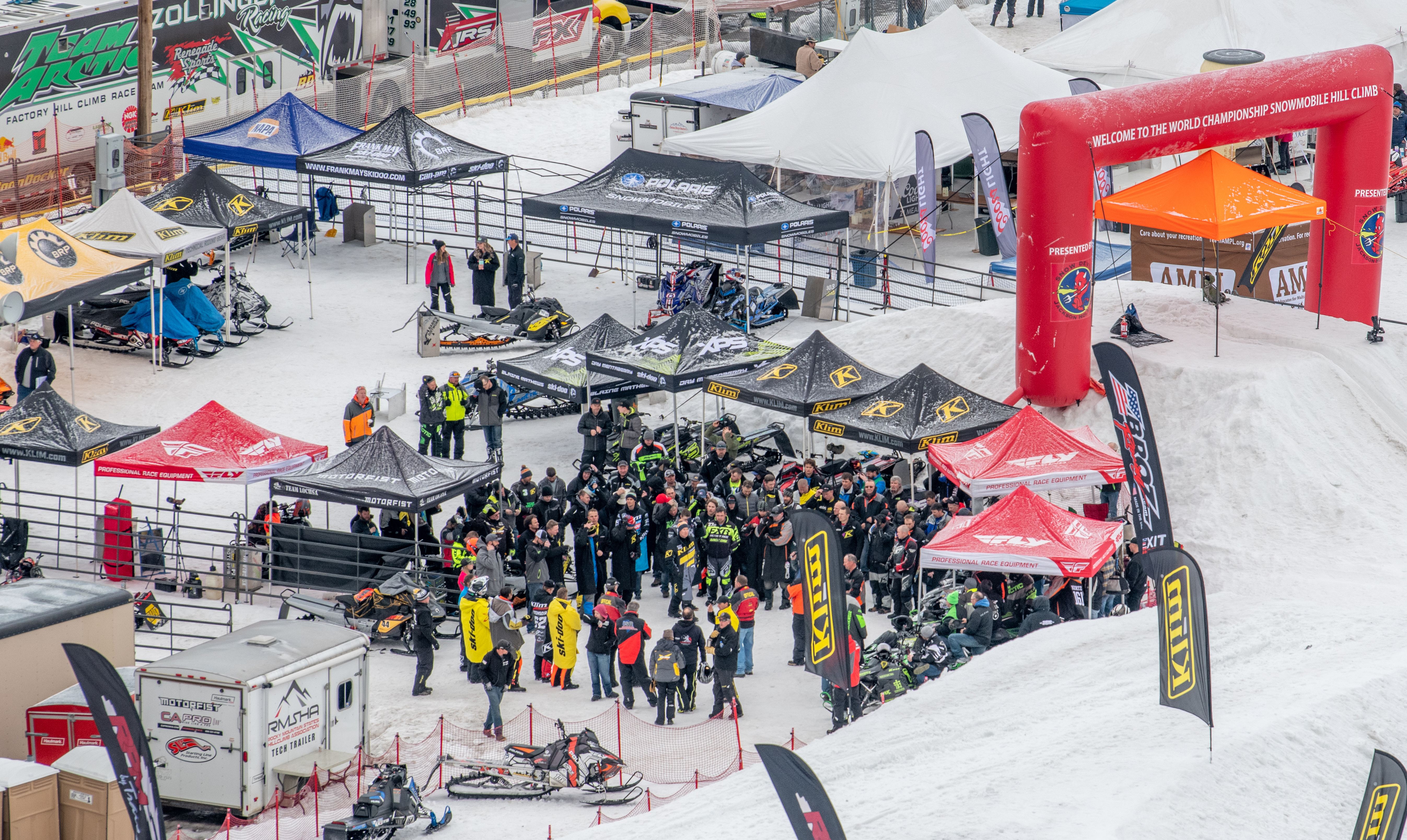 Pic from the top of SnowKing. 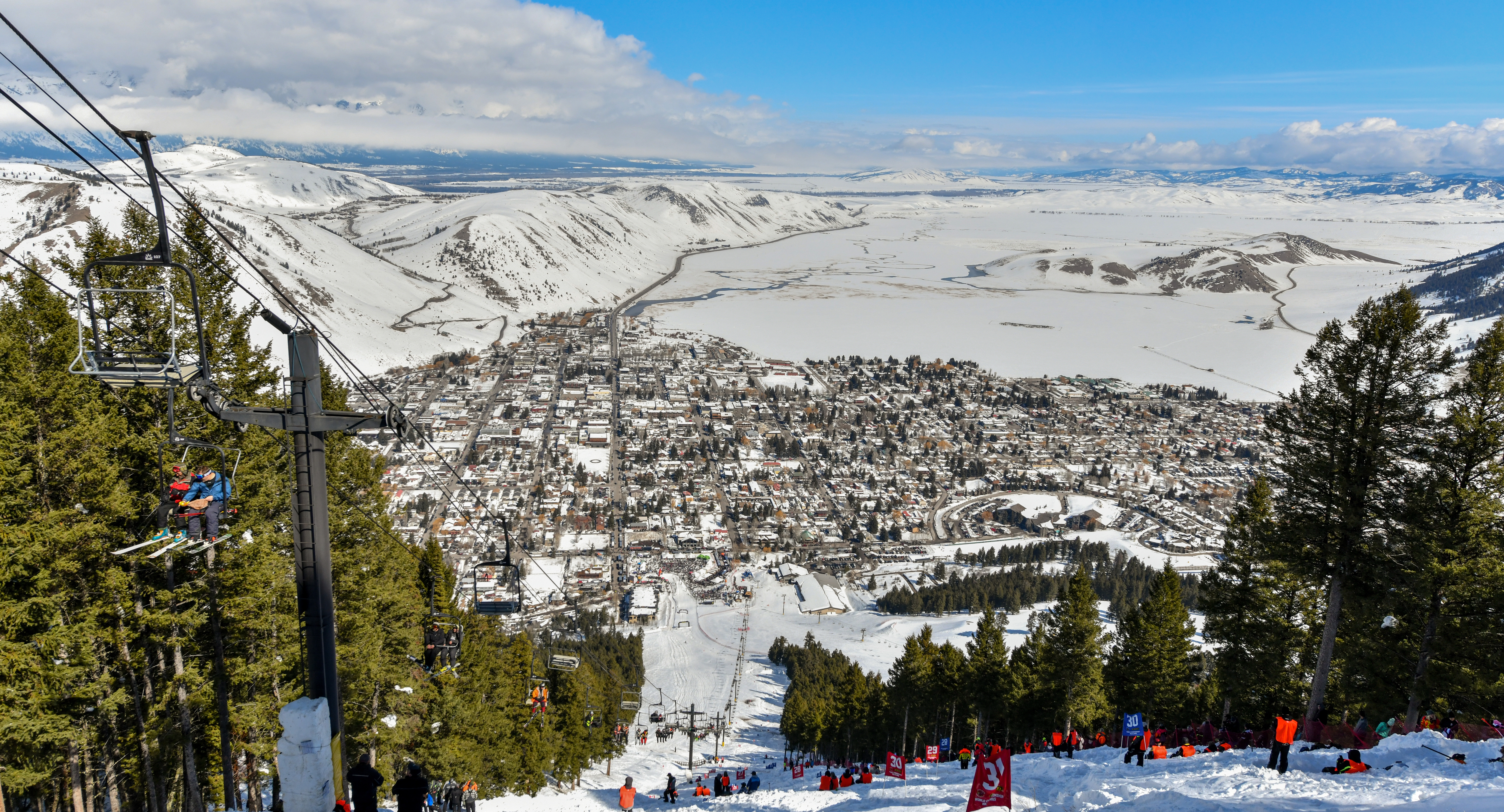 David Sharp Jr. he was on his way to knocking Keith off the podium several years ago before he just abruptly quite racing at the start of the season. I was surprised to see him at Jackson this year. 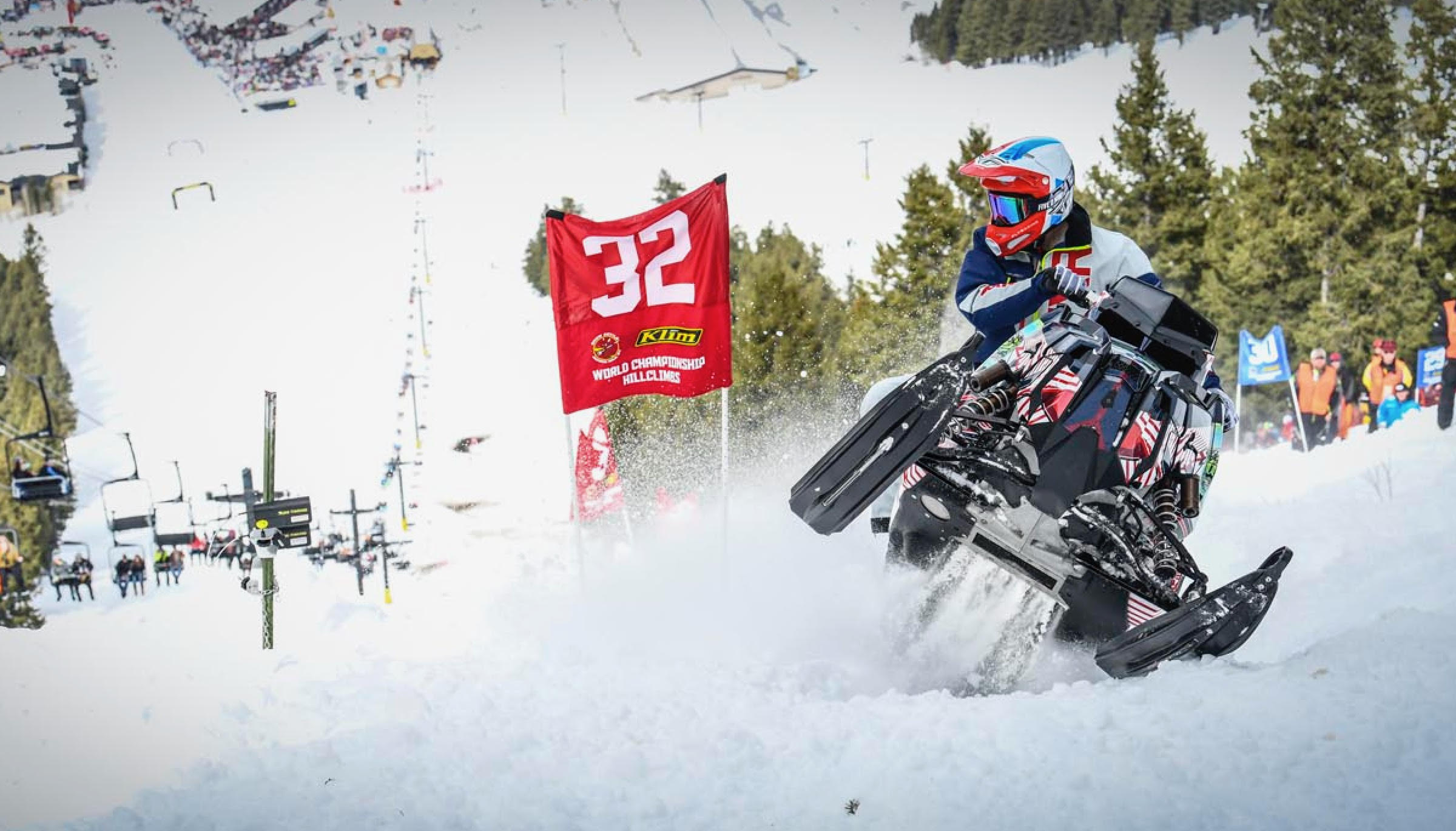