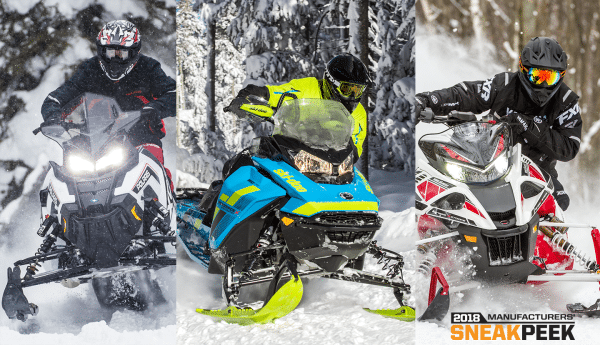 In addition to the joint manufacturer Sneak Peek Tour, Ski-Doo has added several stand-alone spring shows where enthusiasts can get an up-close and personal look at the new 2018 sleds and talk with factory representatives. Of course time is running out if you want to see next year’s Ski-Doo sleds now. Plus the brand’s early order, Spring Fever program ends April 12, 2017. For details on these shows and the Spring Fever program visit www.ski-doo.com. To learn about the Snow Sneak Peek tour dates, which feature sleds from Ski-Doo, Polaris, and Yamaha visit www.snowsneakpeek.om