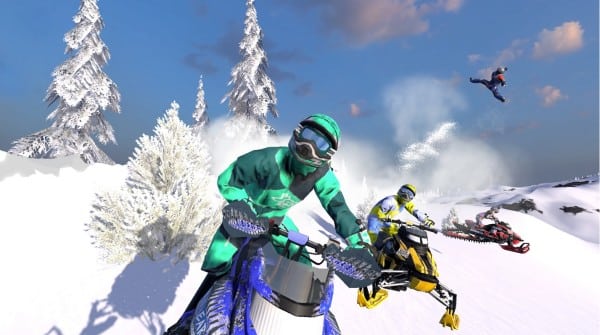 Sure, the snow season might be winding down or is over for most of us, but that doesn’t mean you can’t still scratch that itch. A new video game for your PC or Play Station 4 was just released and if the few screen grabs we have here are indication of this games play, it looks to be stunning. According to the release, the new game titled Snow Moto Racing Freedom lets you race high-speed snowmobiles on tight tracks and through winter landscapes. The snocross inspired game also features plenty of extreme stunts that when strung together allows you to gain extra speed to overtake your competition. As you progress, you’ll also be able to unlock better sleds and attain legend status. There’s even an online component so you can race your buddies from anywhere in the world. Other features include: