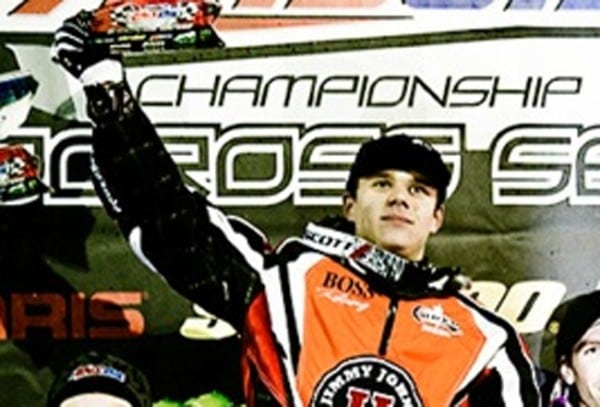 More off-season racing activity came across our On Snow desk recently, this time from the sandwich chompers at Boss Racing. Looking to bolster their talent in the hauler, the team inked a deal with Swedish talent Petter Narsa. Here’s the official Boss word in all its over hyped glory:

BOSS Racing is pleased to announce the signing of Swedish snocross champion, Petter Narsa, as lead pro for Team Jimmy John’s during the 2012-2013 snocross season. Narsa represents the best in talent in the snocross industry and is a testimony to the growing pool of gifted snocross athletes emerging in northern Europe. Despite his young age, the 19-year-old Narsa already holds several prestigious titles including Swedish Stadium-Cross Champion and Swedish Snowcross Champion. Petter recently took home the silver medal behind industry icon Tucker Hibbert during the 2012 FIM World Cup after leading for much of the race.

While Narsa’s accomplishments are many, his most recent success was a Gold Medal at the International Clash de Nations where he beat out the 2012 North American ISOC year-end champion Tim Tremblay for the title in Falun, Sweden on March 24th. His international acclaim is rising as Narsa was recently nominated for “best performance last season” in the 2012 Northern Swedish Sports Gala. This prestigious european event is recognized as “the sport world’s own Oscar gala”.

“As a team we are committed to advancing the sport of snocross and bringing the best talent to compete in the world’s top events. Petter Narsa has a distinguished career, and we are eager to support his hard work and continue to push the envelope of what is possible in the exciting arena of snocross.”- Garry Querel

In Europe, Narsa is a factory rider for LYNX snowmobiles a division of Bombardier Recreational Products and parent company of Ski-Doo— the OEM factory and linchpin of industry support for Team Jimmy John’s/ BOSS Racing. Narsa also shares a tie with SCOTT, the helmet and goggle sponsor of the Team Jimmy John’s this season.